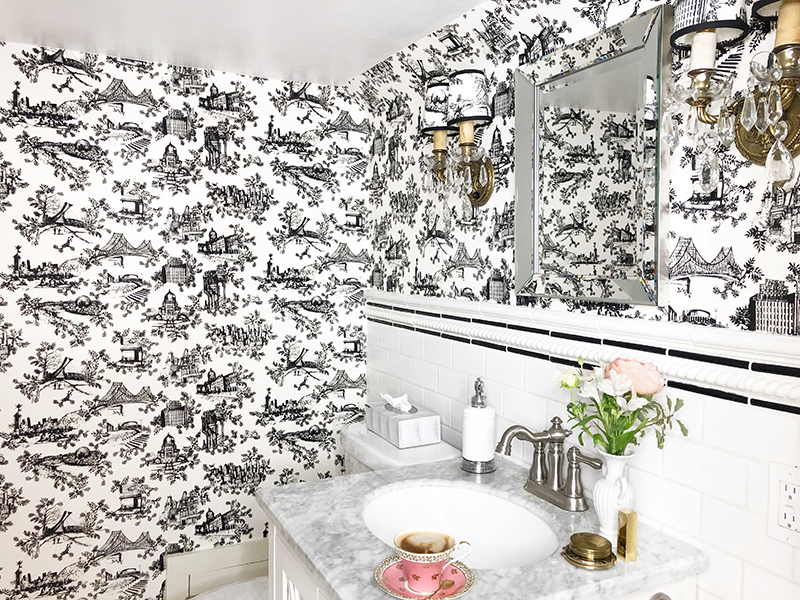 The powder room in our house was pretty boring when we purchased our home. It looked unfinished. There were subway tiles along one wall behind the sink and vanity, but aside from those and the chandelier sconces, there wasn’t much thought put into making this room welcoming. Since it’s the bathroom for our guests, I wanted it to make an impact when they opened its door. 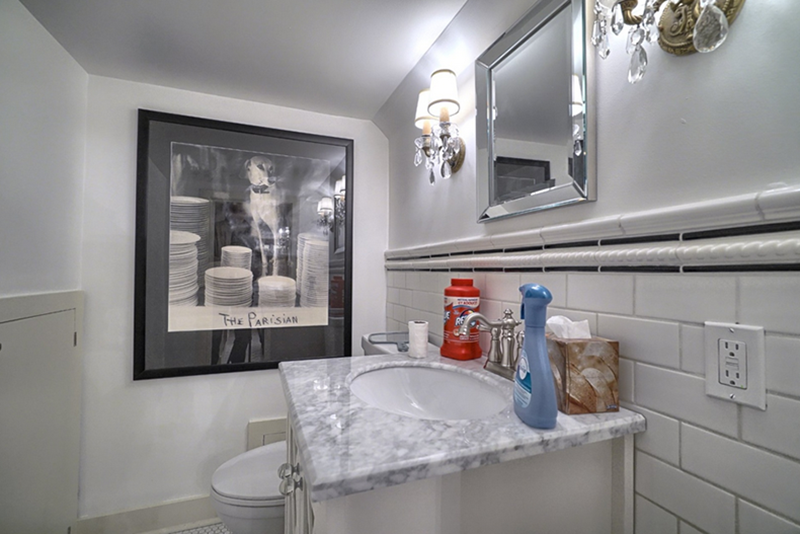 (The powder room when we found our house online)

I had the idea for a bold black and white wallpaper on the back wall and the bit of wall above the subway tile. I found a few inspiring bathrooms on Instagram and started my search for the perfect print. 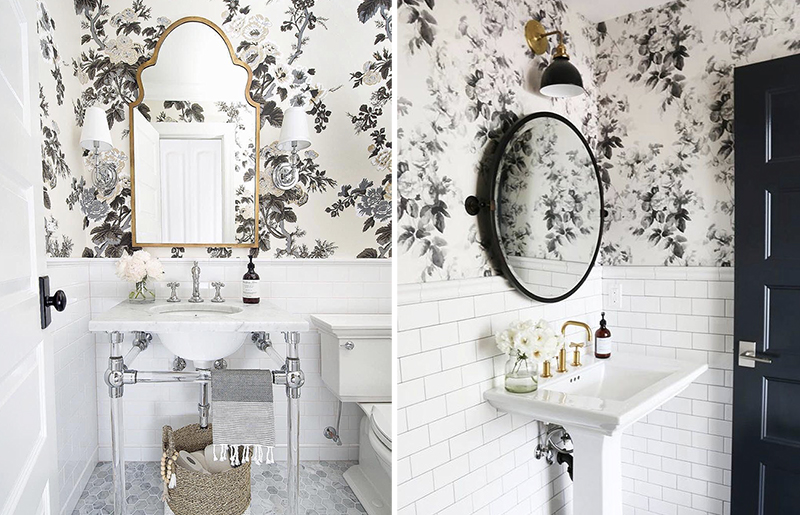 It was thanks to local Empire Wallpapers Instagram that I discovered Stephanie’s whimsical design of local landmarks which she incorporated into a traditional toile de Jouy pattern. It was so perfect because not only was it inspired by antique wallpaper, it also featured so much of the Montreal that I adore. 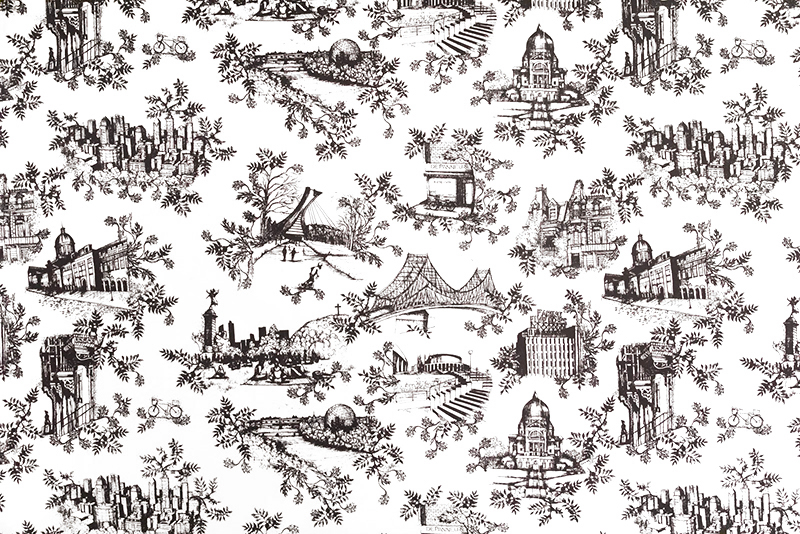 I decided to pick up the paper at Stephanie’s boutique on the Plateau so that I could meet the talented artist behind the design. I was instantly smitten by Stephanie, her clever designs and her personal flapper style. I purchased a roll of the Toile de Ville wallpaper in black and white (it also comes in blue and raspberry) and a set of tea towels with two of the same sketches that are on the wallpaper. I thought they would work great as hand towels in the powder room. 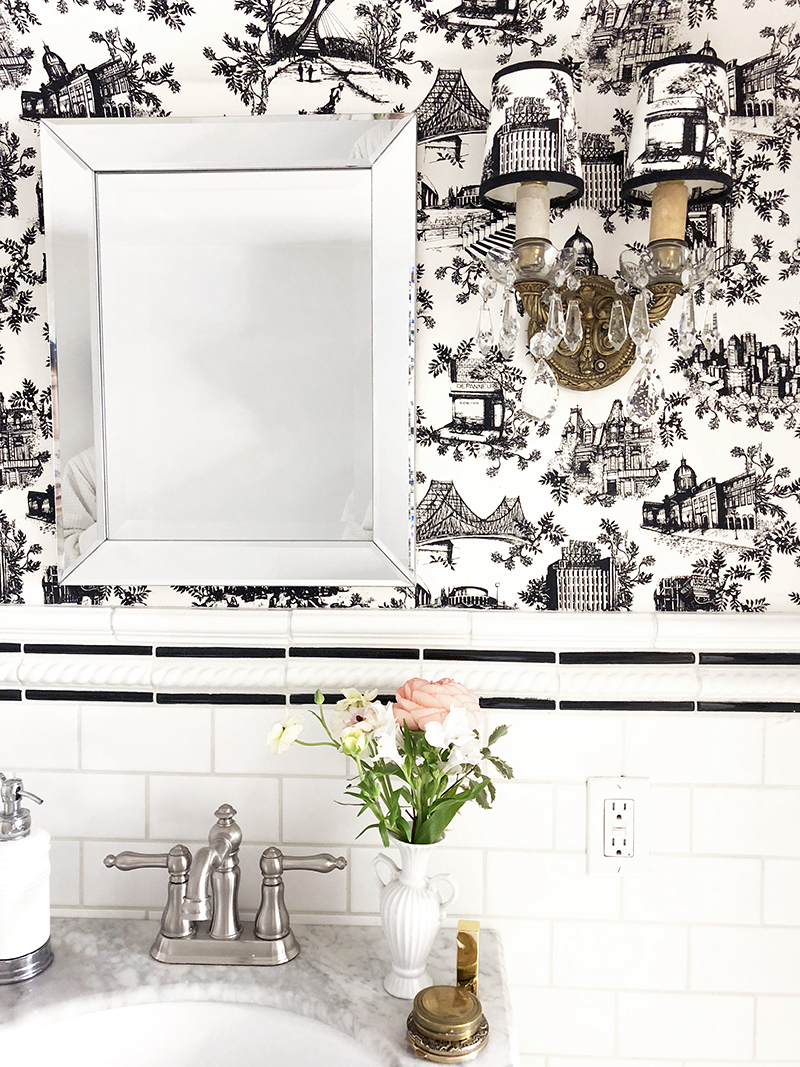 Once I’d discovered the hand towels, I figured if Stephanie can silkscreen her sketches onto napkins and tea towels, I wondered if she could print them on fabric to cover the little lampshades for the sconces in our powder room. Challenge accepted! Stephanie proved that she can put her toile on almost anything. She even finished them with black binding on the edges. They would become the finishing touch to the powder room. 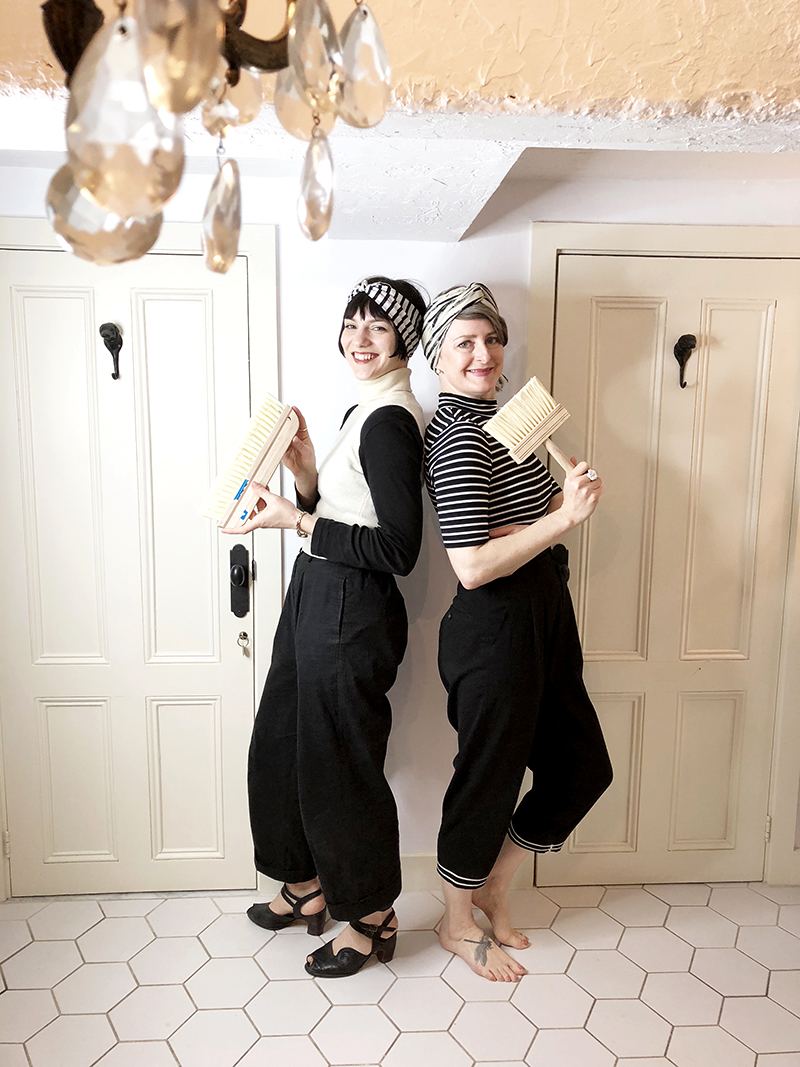 My crazy ideas didn’t stop there. I then asked Stephanie if she would be game to dress up like a flapper to install the wallpaper with me. My plan was to film the process and then turn the footage into a silent movie. Stephanie thought the idea was grand and so we planned our outfits, hired a friend to film our antics and now I’m thrilled to finally share the result!

There are still a few things I would like to add to the powder room, but they all depend on finding the perfect antique accessories. One will be an antique brass toilet paper roll holder and I’d like to swap the mirror that’s above the sink for an antique gold mirror. All in due time! 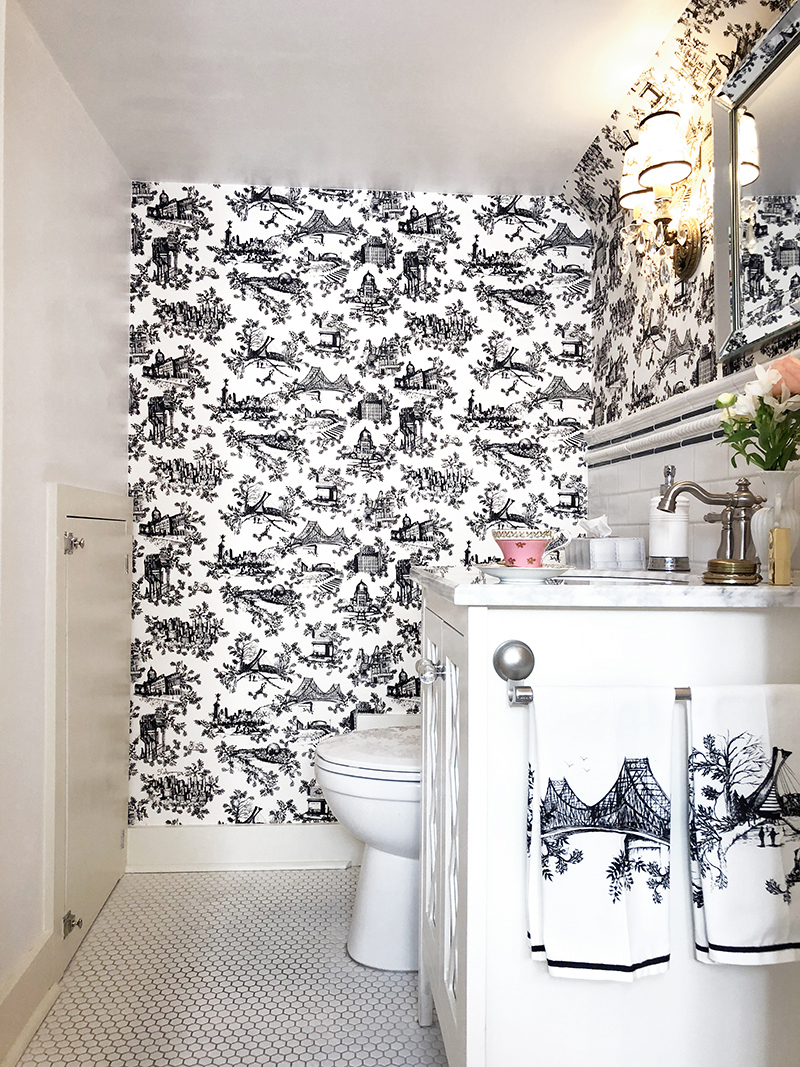 In the meantime, let me know what you think of the powder room and check out Stephanie’s latest wallpaper design here.

You can order the Toile de Ville wallpaper on mezari.ca or shop the collection and more at Stephanie’s store:
365 avenue Duluth East, Montreal

Special thanks to Stephanie for always saying yes to my crazy ideas – we must have been flapper sisters in a past life! 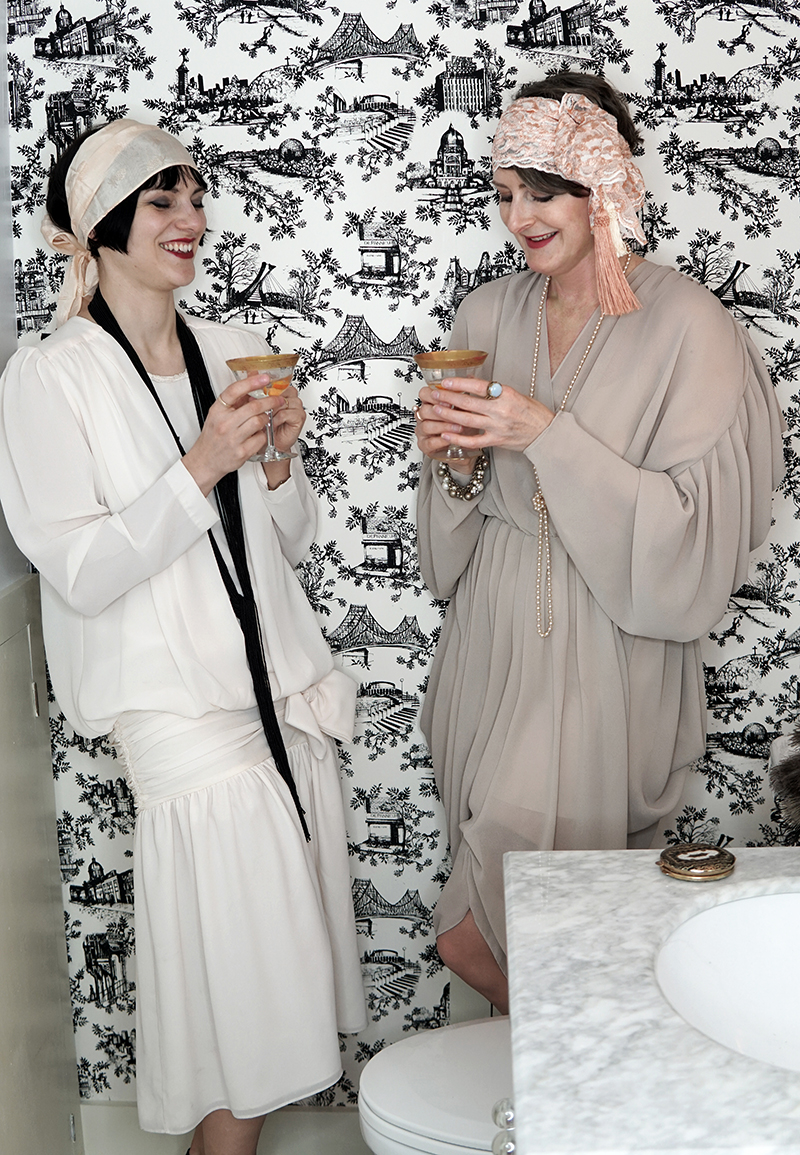 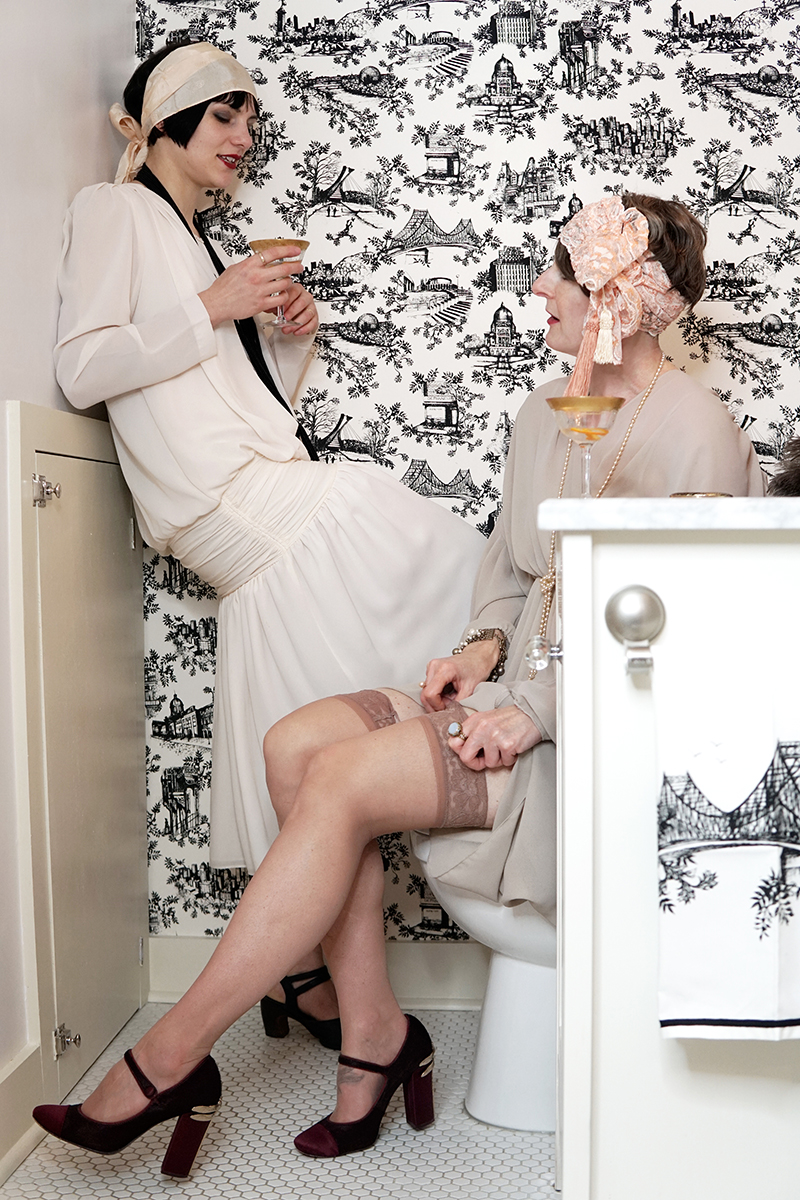 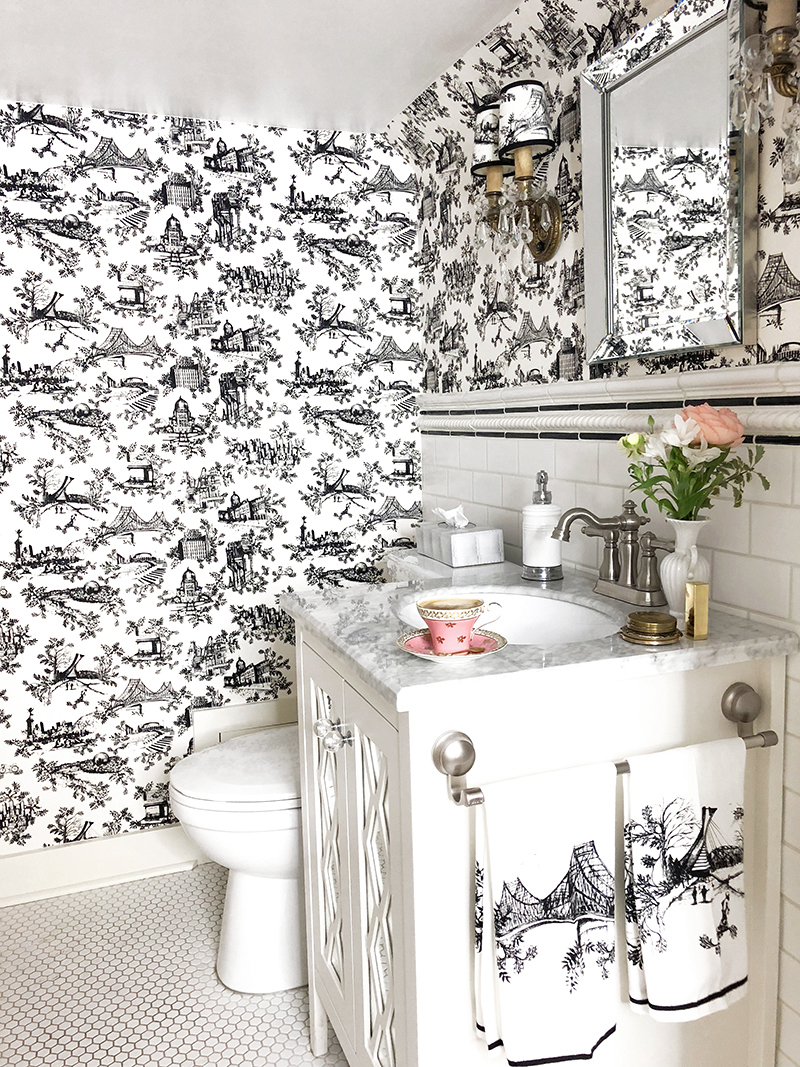 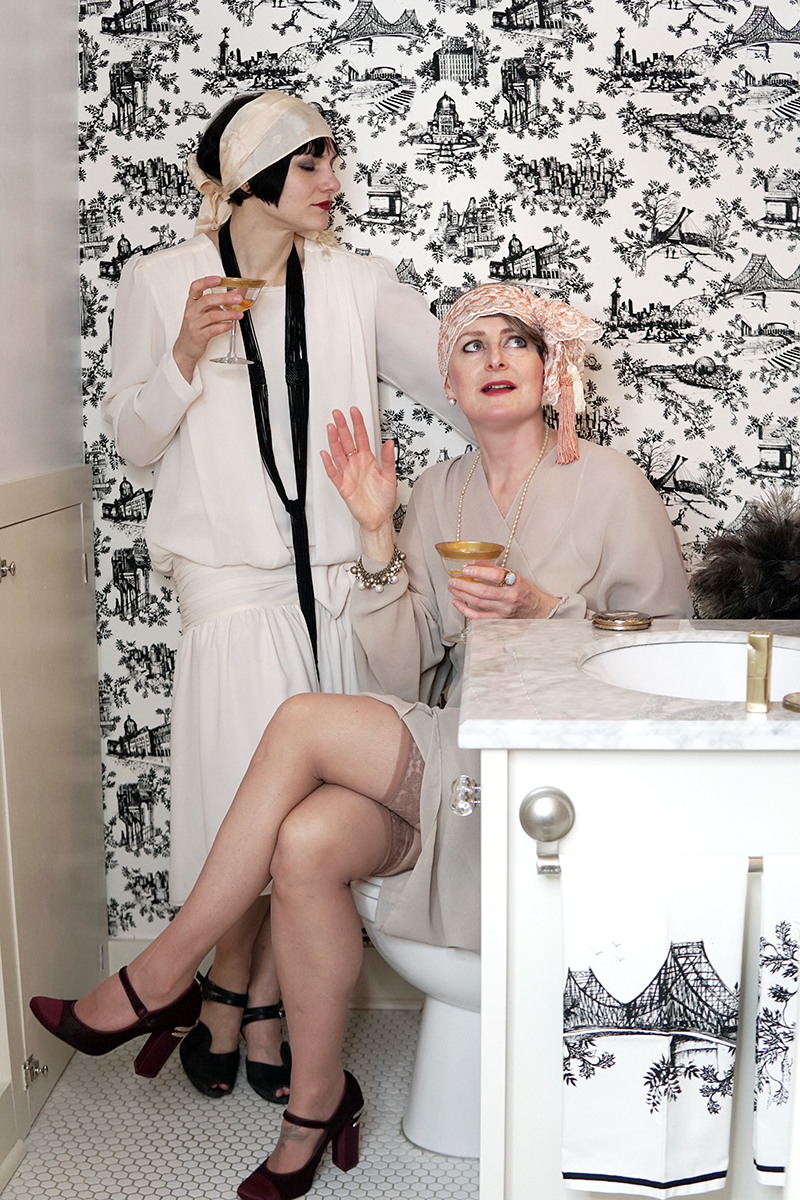 A Fall Table Setting With Items From Mezari Atelier