I’ve never wanted to go on a cruise before because I’ve always thought them to be big tacky boats for newly weds and the nearly dead – where passengers pack on the pounds buffet-style and the only entertainment is has-been crooners performing insufferable tunes in glitzy floating casinos. That was my impression up until Le Boréal came to town to prove me wrong. On its first trip up the St. Lawrence river, this five-star French yacht from La Compagnie du Ponant stopped in the port of Montréal last September and I got a taste of the high life at sea thanks to a tour of the ship and a fancy plate-service lunch (no buffets on Le Boréal!) My preconceived ideas of a cruise were quickly thrown overboard when I saw what this sleek ship had to offer. Less like a cruise ship and more like a luxury boutique hotel on the water, Le Boréal has all the class a true zurbaine would want right down to a Nespresso machine in each cabin, a Carita Paris spa and hammam, and a state-of-the-art gym. So, when La Compagnie du Ponant asked if I wanted to join them on their 10-day voyage from Boston to Montréal this September, I simply said “Aye, aye, Captain!” No sooner had I said “yes to the ves”(sel), did I start fretting about what I was going to wear. Time for a new sea-worthy wardrobe! Here are a few outfits that I’ve put together for my maiden cruise voyage… 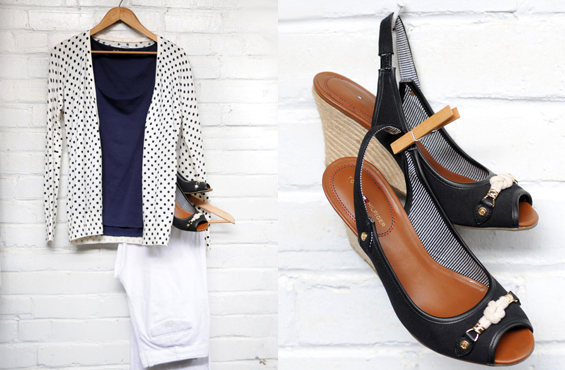 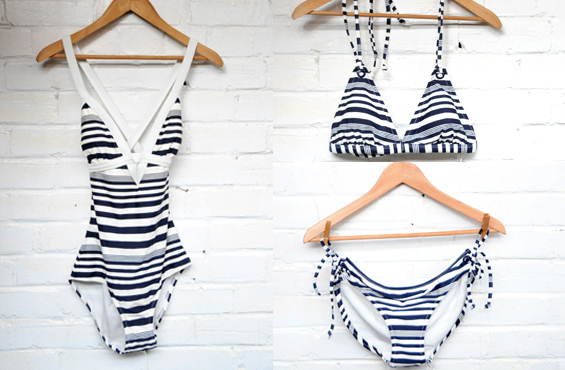 For hitting the pool and lounging on the deck: Bathing suit, ($29) bikini top and bottom (both $14) – all from Joe Fresh 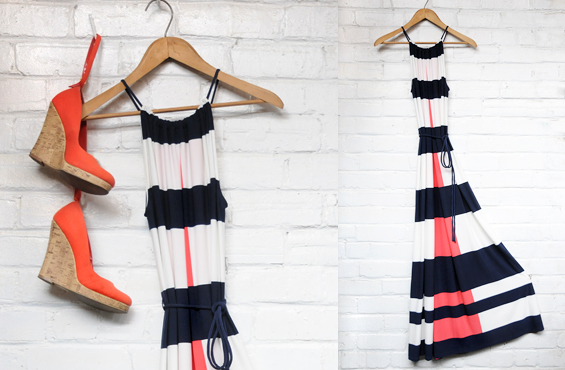 For posing along the railings, sipping martinis in the lounge or an off-ship outing in Quebec City – I have this Maggy London dress that I found at Winners. Wedges from Call it Spring (I paid $50, but now they’re only $34.99). 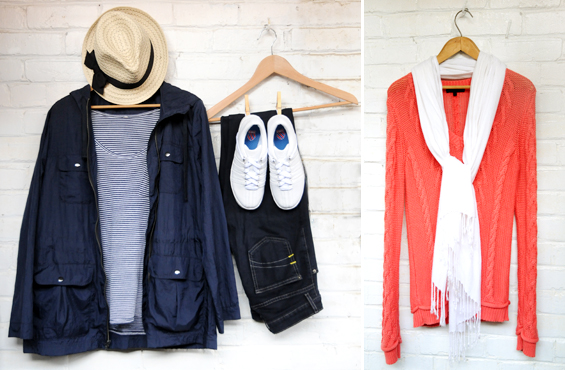 For whale-watching in Saguenay and Tadoussac: Windbreaker from Old Navy, Striped T from Winners, Yoga Jeans from Second Clothing, The Classic tennis shoe from K-Swiss. And, if it gets chilly, a cotton sweater from Ça va de soi that I found at Lola & Emily for half price during my Montreal Shopping Tour. The straw hat is from the new Gap Factory Store (2 stores will be opening in October 2012 in Vaudreuil and Ste-Dorothée). Scarf is a (well-loved) gift from Le Chateau. 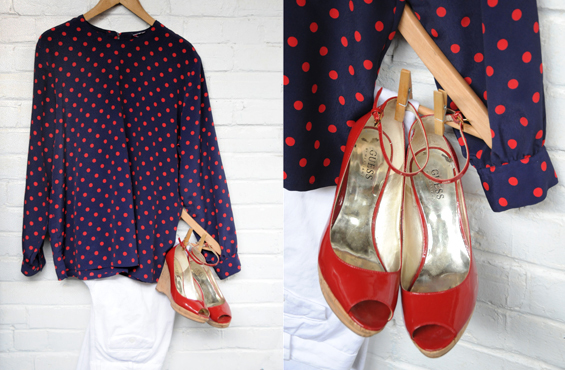 For lounging in Louisbourg or hanging out in Halifax, I found this vintage polka-dot blouse at Fripe-Prix Renaissance for $5! Guess wedges were found at Winners a couple of summers ago. 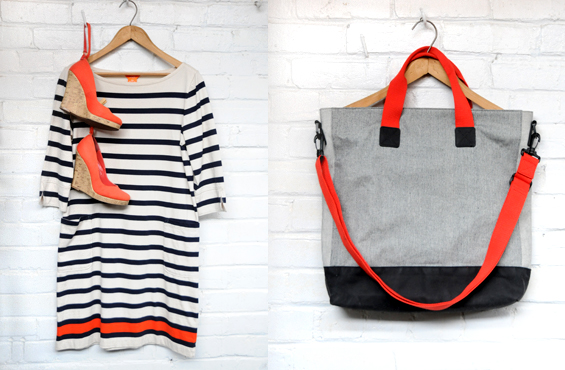 Maybe I got a little “Carrie-d” away with the stripes, but I couldn’t resist this comfy marine dress ($29) from Joe Fresh. A great look for Havre St Pierre or to wave at the rock Percé. The bag was a gift from the new Armani Exchange store. 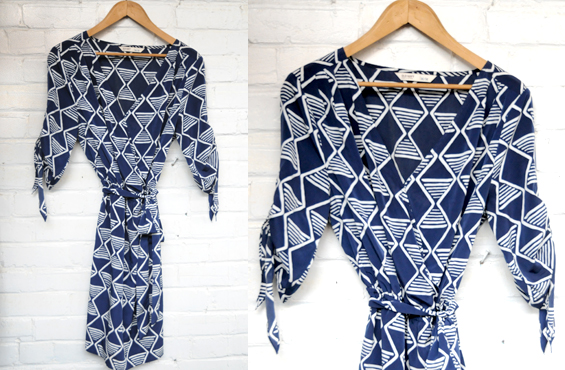 I love this simple dress from Old Navy. I can wear it alone or with my white pants from Club Monaco. I might take it out in Bar Harbour or to walk the beaches on the Magdalen Islands.

That’s all that I’ve put together for now. Let me know which looks you like the best and why in the comments below. I’m leaving you with a few pics from my visit to Le Boréal last September. 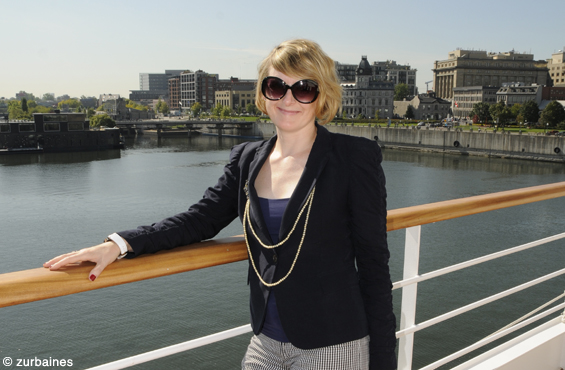 Wearing my favourite navy blue blazer from ZARA. You can see Bota Bota in the background and not far from there is my apartment. Imagine! I can walk straight home after I debark from Le Boréal! 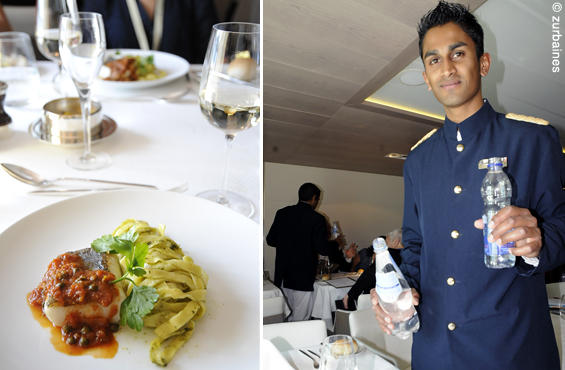 The food was light, French fare and the staff were attentive and friendly. 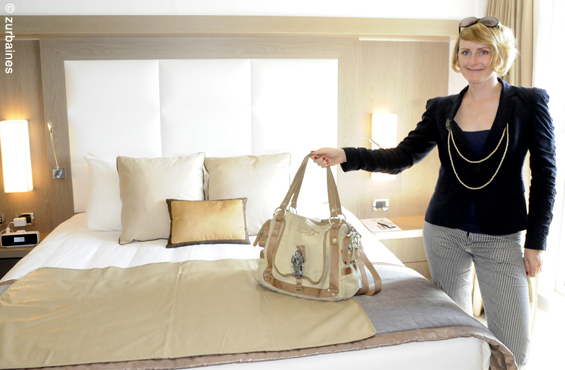 The rooms are bright and modern. I can’t wait to sleep on the ship and enjoy my morning Nespressos on my private deck! 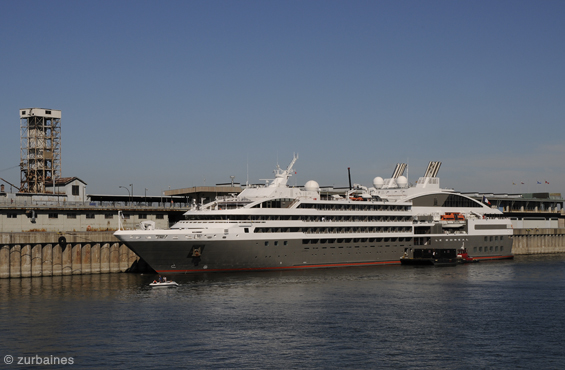 Side view of the yacht that I took while it was in the Old Port last September.

You can follow my first cruise adventure from Sept.14-24th here: @eatdrinkbcarrie