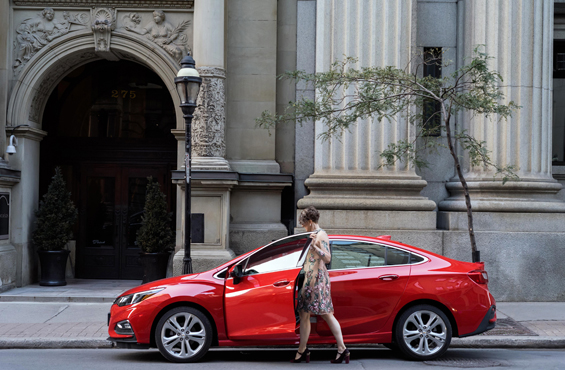 I don’t usually have very many weddings to attend. Maybe it’s because most of my friends are in their 40s and are already hitched or not planning on it. This year, I was lucky to be invited to two weddings on the same weekend! I wasn’t exactly sure how we were going to swing it with one wedding being a three-day extravaganza in the Townships and the other being held on the second day, back in Old Montreal. Thankfully, Chevrolet Canada offered me a Chevrolet Cruze for a week of my choice anytime this summer, so of course I chose the week I needed to be in two very different places at the same time.

Not only did Chevrolet deliver the car right to my doorstep, they also gave me a Mature-ish package (The Car For The Mature-ish is their slogan for the Chevrolet Cruze, targeted at people like me who are doing their best at acting like an adult, but not always succeeding ;)) including a VISA gift card to help me have an unforgettable and mostly mature-ish long weekend. 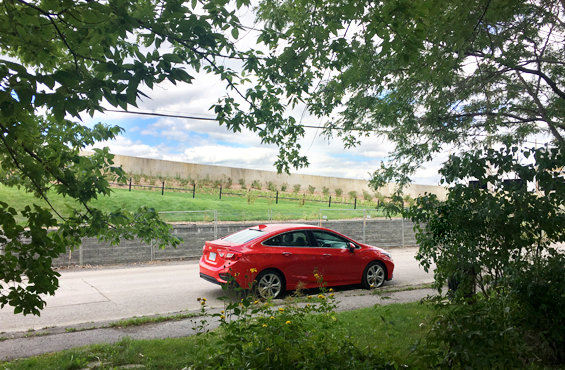 On the Friday, I packed the Cruze with everything we needed for our first wedding celebration activity in the Townships. Since the first wedding couple have two dogs, they chose a pet-friendly hotel and invited their guests to bring their dogs along. I’m dog-sitting my Mom’s mini-Schnauzer for a month while she’s away on her own road trip, so I brought two mini Schnauzers along for the ride to Magog-Orford! OMAGOG! 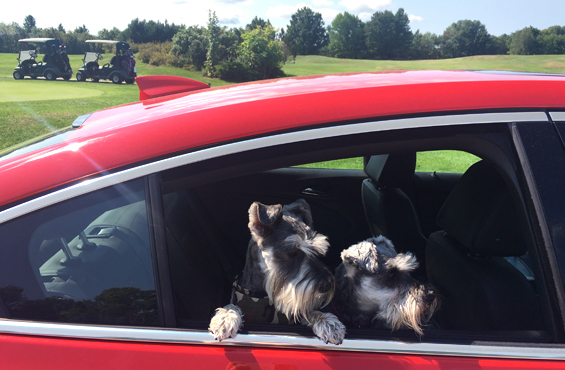 We set off in our Chevy Cruze with my guy’s golf clubs, two dogs, snacks and our luggage. Since I’d already driven the Cruze around the city, I let my guy drive while I : navigated (Not! Google Maps did that for me), surfed the web (the Cruze had its own Wifi thanks to an option called OnStar!), played DJ (the car also had SiriusXM® Satellite Radio), played back-seat driver (sorry, Babe!) and snacked (What’s a road trip without chips?). So mature, right? 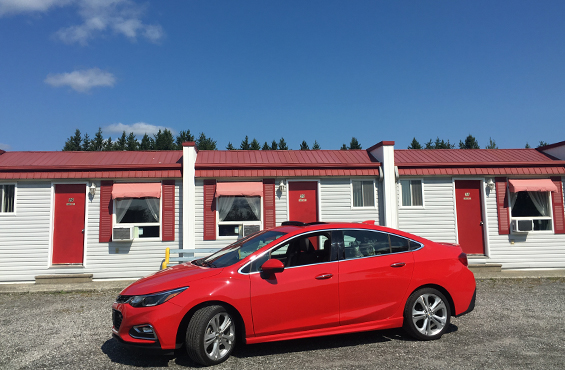 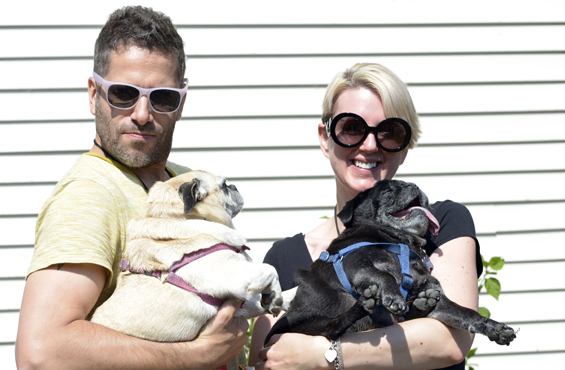 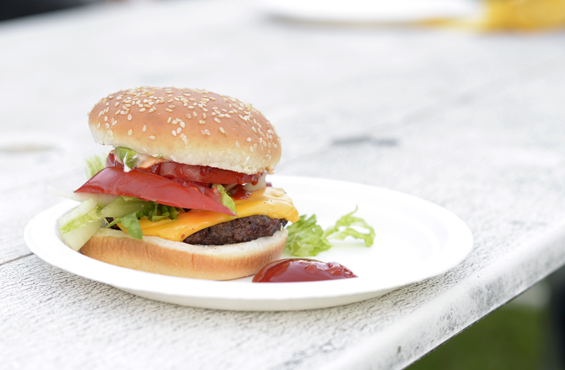 We got to the hotel where our friends-to-be-married were hosting a bbq and movie night. Burgers and The Goonies…What?! I felt 13 again! 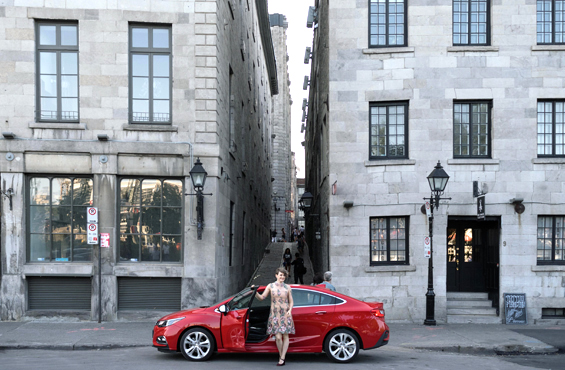 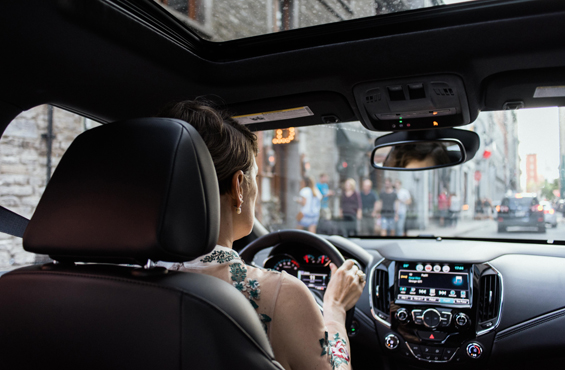 Saturday we drove back to Montreal where we had another couple to celebrate at the Science Centre’s Belvedere. I got all dressed up (see my outfit post here) for this one because I knew it was going to be a classy cocktail party. As chic as it was, they surprised us at the end of the night with the Pops-Art scooter. I had three popicles and danced until I could no longer feel my toes. As we walked home, I was wishing the Chevy Cruze was like the artificially intelligent car KITT in Knight Rider so I could just call it and it would come pick us up. One day, Chevy, one day! 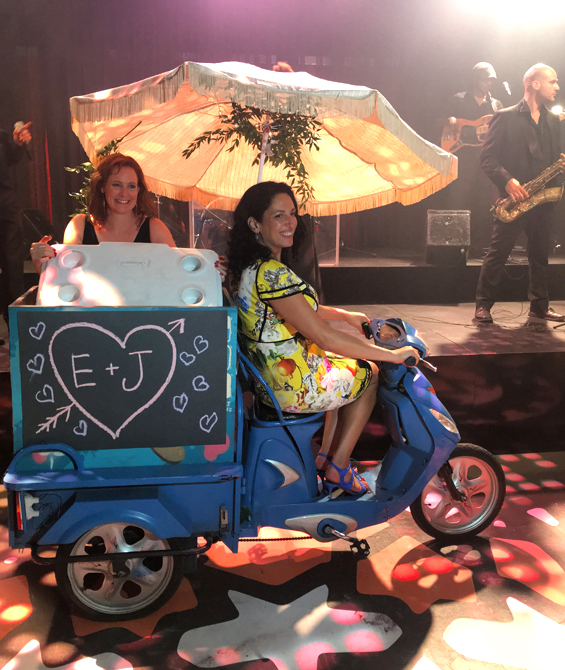 Sunday we headed back to Magog with the dogs and attended the most charming wedding ceremony by a little pond. There was even a dog-whisperer who shuttled all the dogs back to the hotel before dinner. The reception was held in a gorgeous refurbished barn – it was the most Pinterest wedding I’d ever been to! I wore my Mom’s acid-washed denim dress from the 80s – my tribute to a country wedding with an 80s soundtrack. 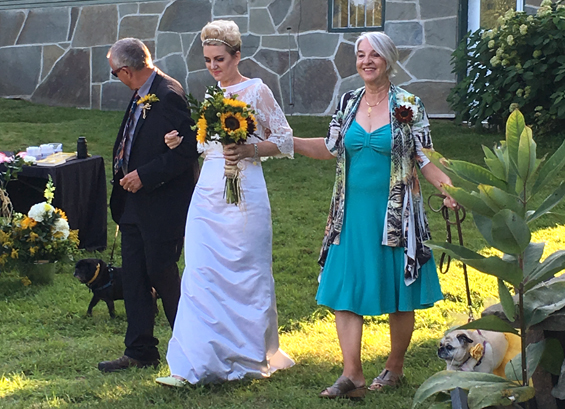 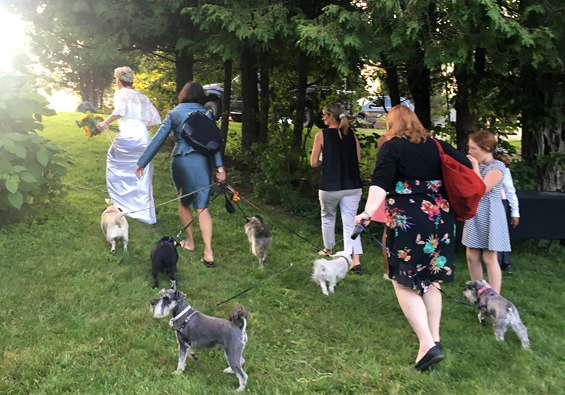 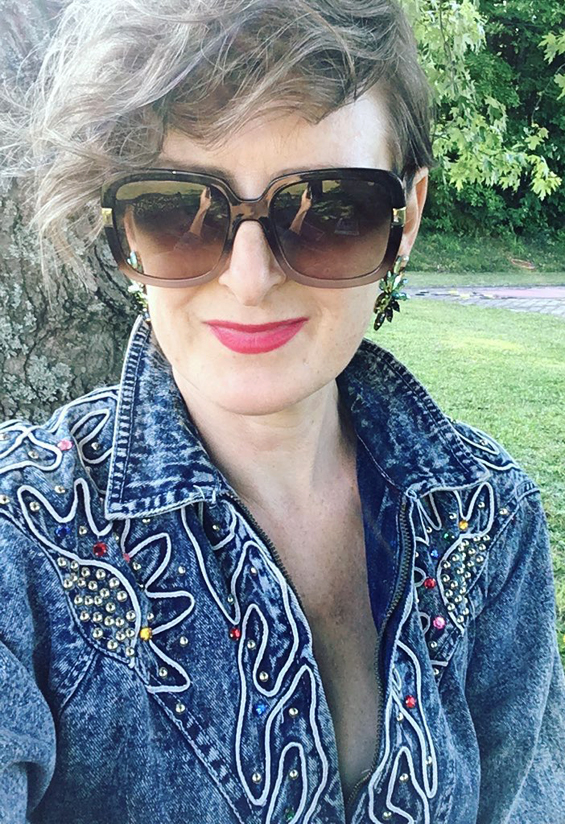 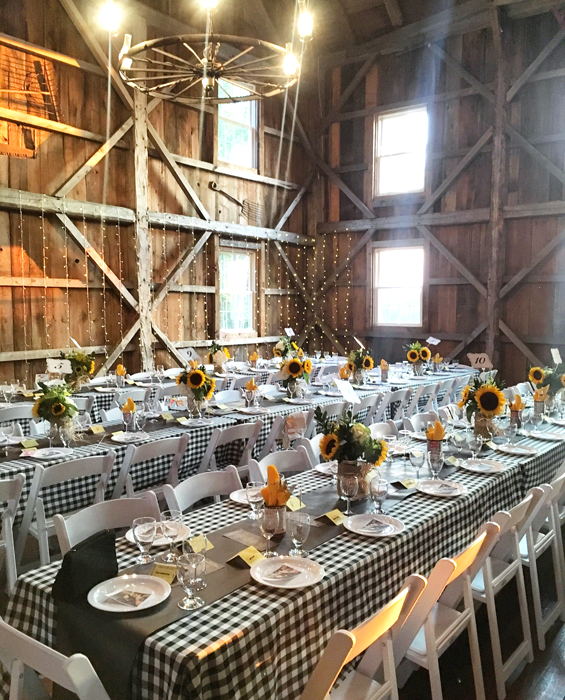 Monday, we said goodbye to the bride and groom (and their fur babies) and then spent the day in the Townships. We hit up a few yard sales, went on a nature walk, had a picnic by the lake in North Hatley and then headed back to Montreal. 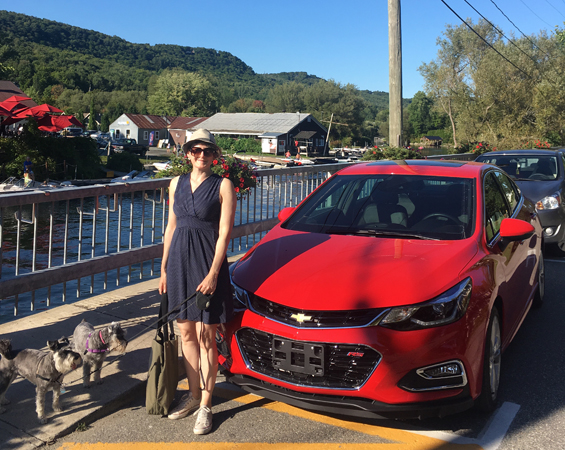 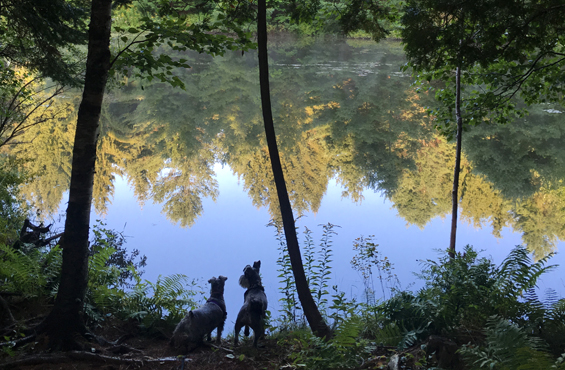 It was a great weekend, even if it was somewhat hectic. A weekend of friendship, love and 80s nostalgia. I would say it was perfectly Matur-ish.

Congrats to Tara & Carlos, Jess & Eman! Thank you for including us in your celebrations.

Thanks to Chevrolet Canada for helping us get around by lending me the Cruze for a week and for the pre-paid VISA which helped pay for our hotel room and gas.

If you’re thinking of a new car… the Cruze is pretty crush-worthy!