A little history…the words O-she-ha-ga came from the Mohawks who were settled in this area and were apparently spoken to describe Jacques Cartier when he first encountered the Mohawks near the Lachine rapids. Since he and his crew were waving their hands wildly to get their attention, the Mohawks referred to them as the “people of the shaking hands” – a rather appropriate name for this music festival because there IS a lot of hand-waving going on at Osheaga! 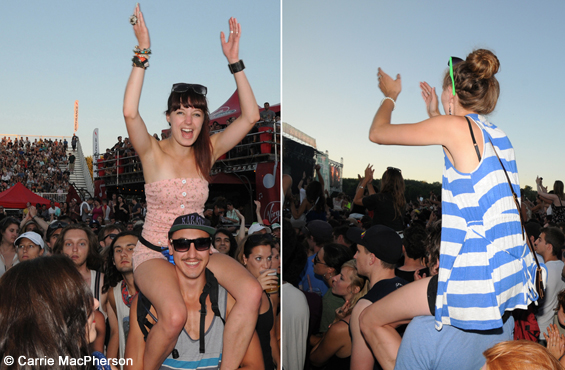 This was my first Osheaga experience and I was pumped for a few reasons: to see some amazing artists all in one place and over one weekend, to dress up, festival-style, and see what other people were wearing, and to eat some great festival-food!

What I wore… a dress that my Mom bought in Mexico in the early 70s. My essential accessory – a refillable water bottle because it was HOT! 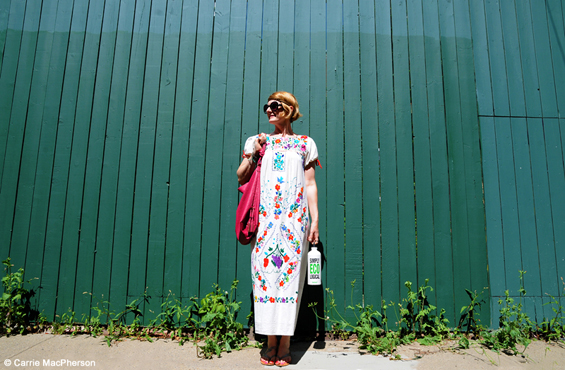 What I ate… a pulled pork burger from Alexis le Gourmand (I also tried their corn on the cob, nachos and guacamole, and a homemade brownie!) There were so many great food vendors on site, including the zurbaines fave taco truck, Grumman ’78. 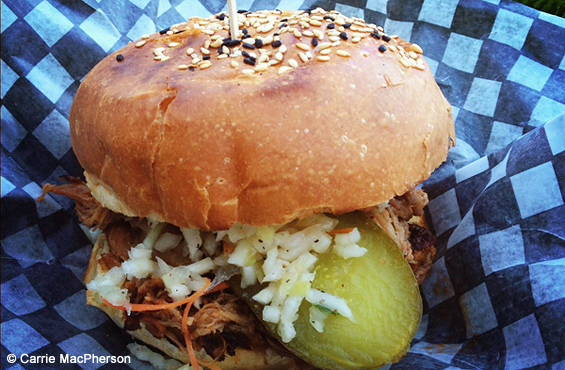 Who I saw… as soon as I arrived, the group FUN. was on one of the two main stages playing their big hit “We are young” so I was instantly drawn to the stage and singing along. After that I saw: Of Monsters and Men from Iceland (thanks to Sennheiser Canada for inviting me to their VIP area!), Dum Dum Girls, Franz Ferdinand, The Weeknd, Florence + The Machine and Sigur Rós (Iceland represents again!) I really wanted to see MGMT, but my feet were dead and unwilling to take me back over that mammoth of a staircase to get to the Sennheiser stage. My faves: Florence was by far the highlight of my day, looking like a goddess in a flow-y, transparent robe. I also really enjoyed Franz Ferdinand and the Dum Dum Girls. On Saturday, I went to see Garbage and Feist, two of my old-time favourites. I sang along with Shirley Manson to “I’m only happy when it rains,” but didn’t make it back for singing in the rain on Sunday as luckily, Véronique went in my place. 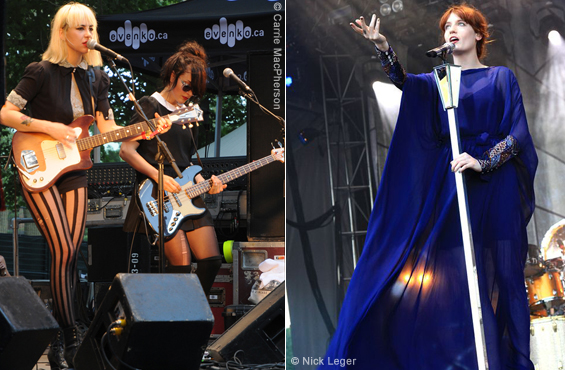 What I learned… Osheaga is for passionate, and mainly patient, music-loving people. From the moment I arrived at Parc Jean Drapeau’s metro, the excited crowd started chanting “O-she-ha-ga” and applauding loudly just because they were soooo excited to get there! And although I am not a big music aficionado, it’s hard not to get swept along, emotionally and physically by the crowd. I also learned that it’s not wise to wear flip-flops, as you can tell from my soiled feet in the next photo. Would I go again? Hell, yeah! It was Fun. 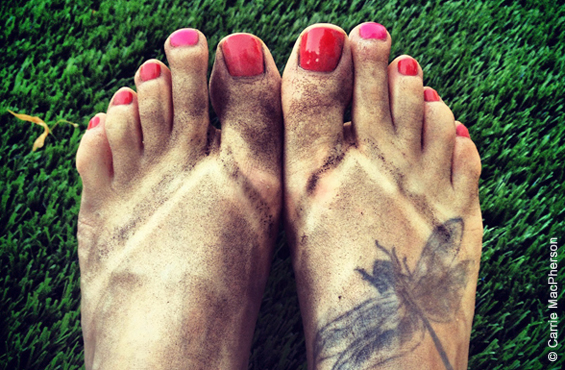 Who I met… while in the VIP area, I spotted this mini-music-lover rocking away to the tunes. She’s the 1-year-old breastfeeder of one of the band members from Les Breastfeeders, Quebec’s own garage-rock band. As you can tell, Osheaga is fun for all ages! Don’t forget to check out the stylish ladies spotted at Osheaga for our street style section. See you at Parc Jean Drapeau in 2013!