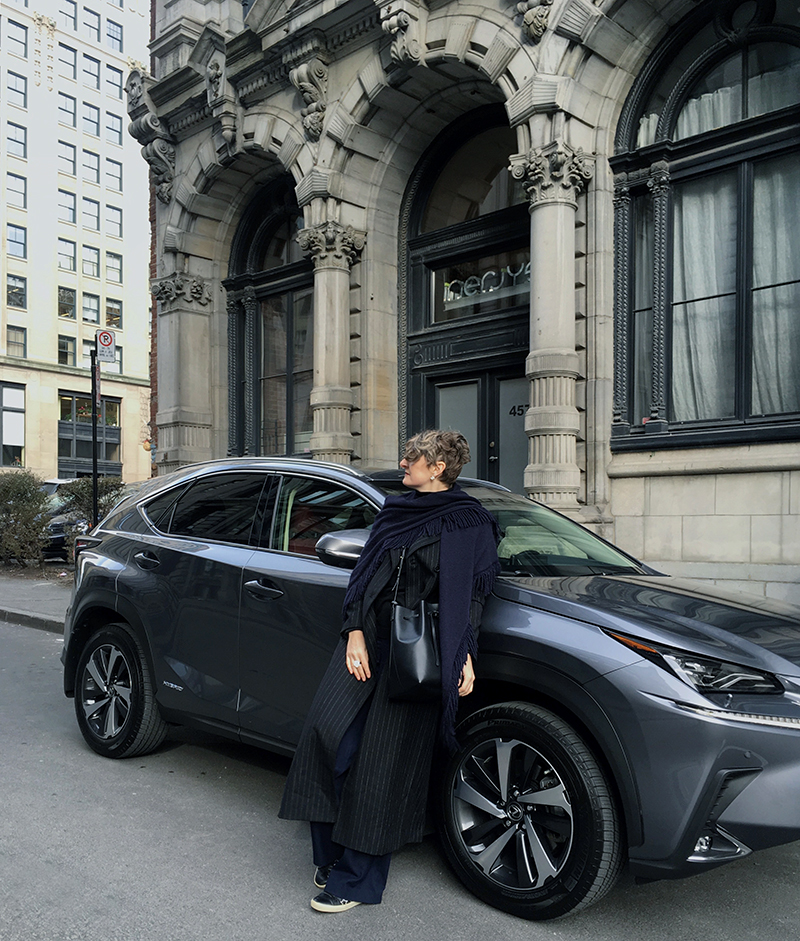 At the end of 2017, I spent a day with Lexus touring Montreal in the 2018 Lexus NX series as part of their Master Class, which turned out to be an unforgettable adventure of amazing experiences featuring incredibly talented local experts. The idea behind creating a day of luxury for a few of Montreal’s lifestyle influencers was so that we would get an idea of the core values behind the brand. Today’s concept of luxury is not about being able to afford the most expensive thing, but about having unique and memorable moments to cherish. From the start of our day at a boutique hotel to a private dinner by chef Antonio Park, this was truly one of the highlights of my past year. On top of that, Lexus Canada lent me a 2018 Lexus NX 300 for an entire week in December! 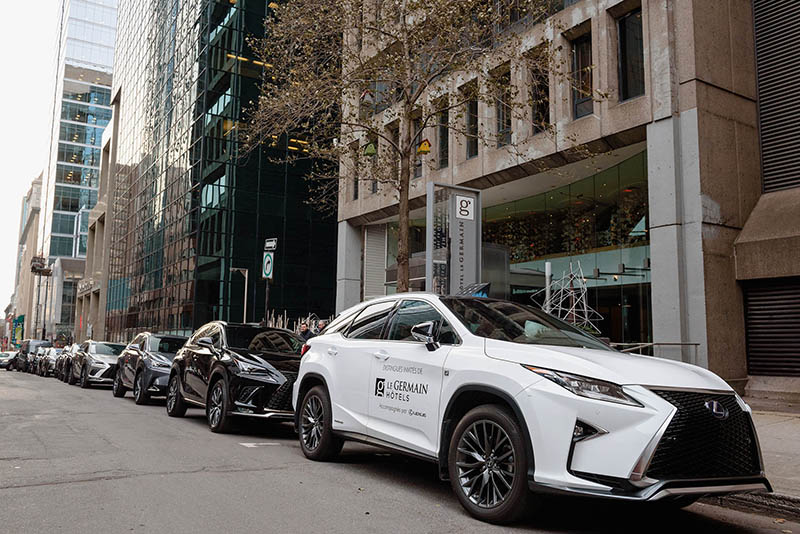 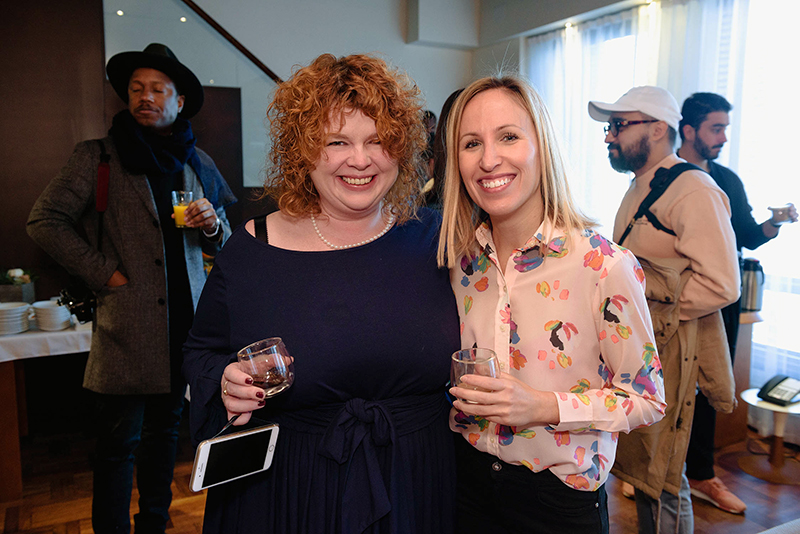 The morning of the event, we were welcomed in the Apartment Suite at Le Germain Hotel by Clarah Germain and Julie Tremblay of the Germain Groupe (a family-run boutique hotel group that now counts 19 establishments under its umbrella). What I love about Le Germain hotels is that the staff go out of their way to give guests a personalized experience that makes you feel very VIP. They actually practice one of Lexus’s core values, Omotenashi, the Japanese art of providing exceptional hospitality by anticipating a guest’s needs even before those needs arise. I also learned that Le Germain offers complimentary Lexus car service, and they are the first hotel to do away with check-out times. Read on to the end of our day to see how Le Germain made my stay that night extremely special. 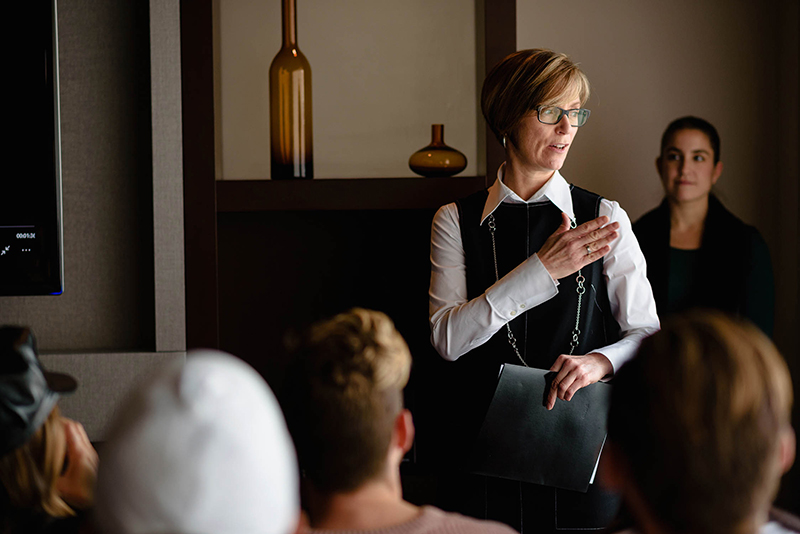 We were also greeted by Jennifer Barron, Director of Lexus Canada. Her desire is to assure each client receives the same type of Omotenashi hospitality and outstanding experiences at every level, whether it be navigating the Lexus website, visiting the dealership or driving their vehicles. I also found it cool that Jennifer is the first female to head Lexus Canada and has been an all-around car aficionado for over 27 years. 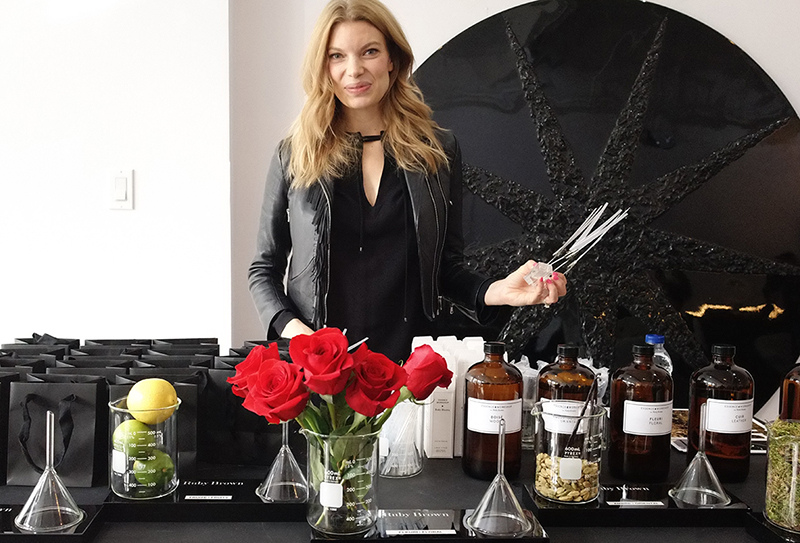 After our breakfast at Le Germain, we set off in groups in a fleet of 2018 Lexus NX 300 series luxury compact SUVs. Our first stop was at a loft in Old Montreal for a made-to-measure fragrance workshop with Ruby Brown. Ruby is a former international model who fell in love with fragrance while working in France. She studied the art of fragrance making and now hosts ateliers for those who want to create their own scent. Her passion for perfume illustrates the second core value of Lexus, Takumi Craftsmanship, which is an ancient Japanese concept of one’s absolute mastery of an art. During Ruby’s “Essence Workshop”, I enjoyed learning how to combine top notes with middle notes and base notes to create a custom fragrance to take home. Like Ruby, the Lexus craftspeople are devoted to mastering their art. 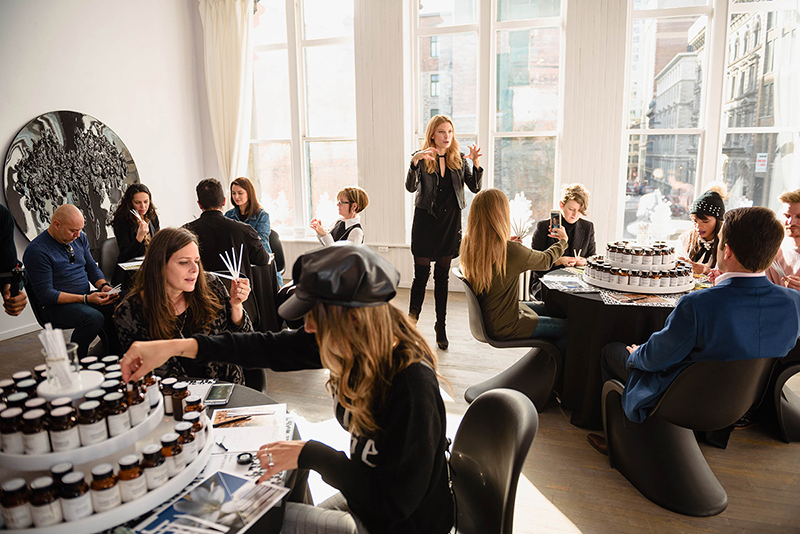 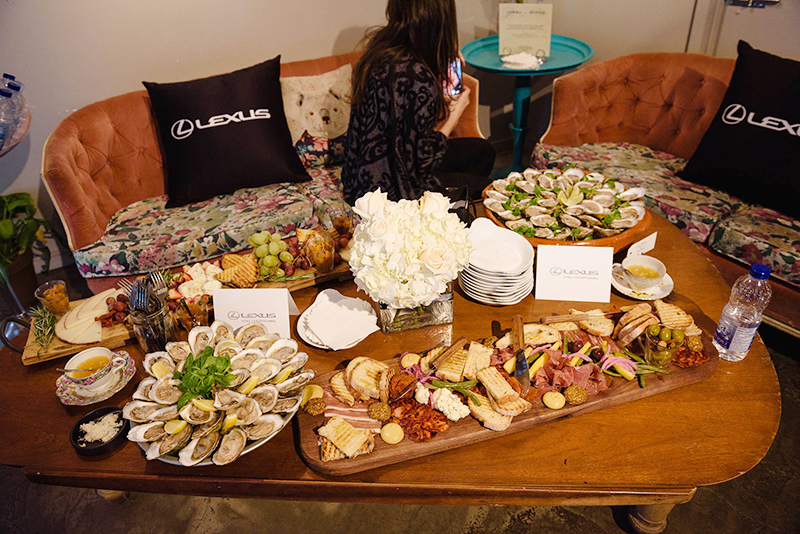 For lunch, we enjoyed a quick pit stop at one of the most Instagramable cafés in Old Montreal – Tommy Café, set in the 1874 British Empire Building. The laid-back upstairs section of the café feels like someone’s loft, complete with retro furniture and vintage plates, part of the signature decor designed by Montrealer Zebulon Perron. Surpassing our expectations, in true Omotenashi style we were greeted with everything we could ask for, from A to Z, or in this case, from avo toast to oysters, to multiple desserts and coffee to go! After refuelling, I was happy to leave with my macchiato and cookie for the road. 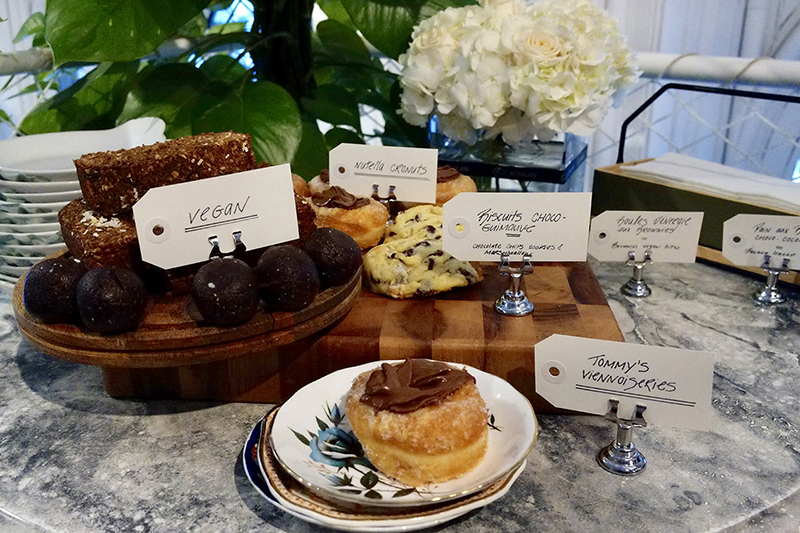 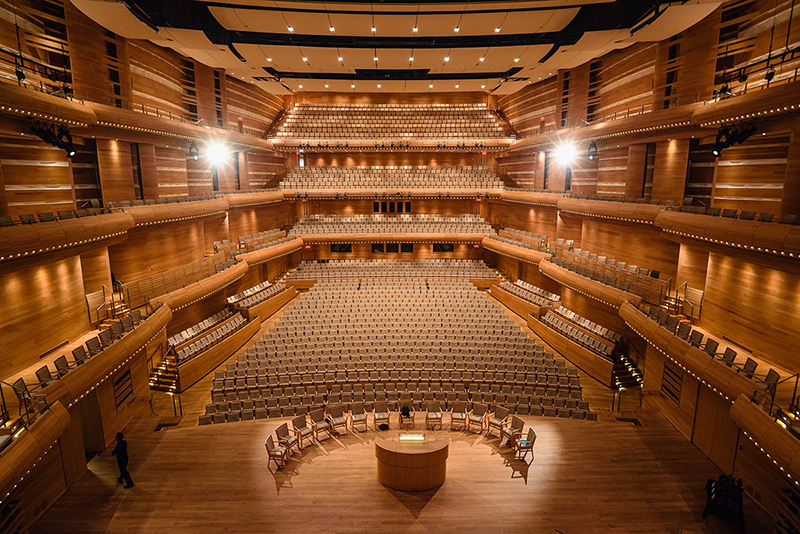 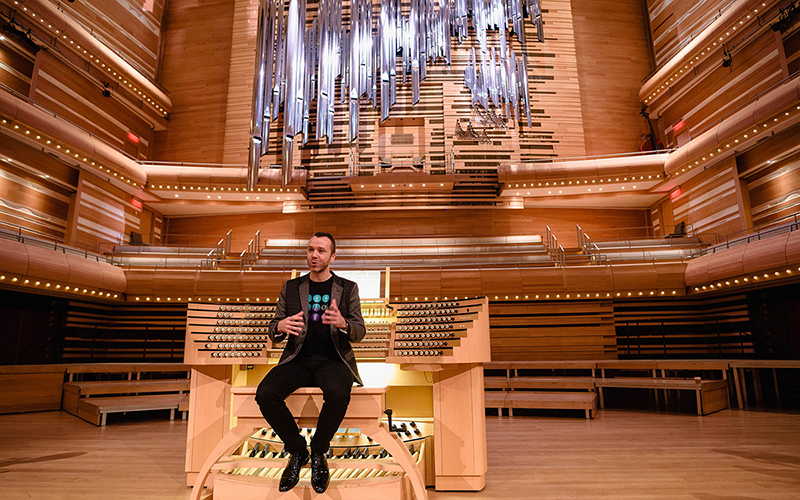 My favourite experience of the day was our visit to Montreal’s Symphony Orchestra for a private concert with the young and talented organist Jean-Willy Kunz. The reason this was such an exhilarating experience is because we sat in a semi-circle directly on stage behind the organist while he played a beautiful version of “Fly Me to the Moon.” I was amazed at how one musician could produce such incredible sound from one instrument. Granted, the Pierre-Béique great orchestral organ itself is an awe-inspiring thing. After the concert, Jean-Willy gave us a behind-the-scenes tour of the 6,489 pipes, which are all masterly crafted by hand. Lexus not only succeeded in surprising us with an exclusive and riveting performance (Exhilarating Performance is the third value of Lexus), but by giving us insider access to the finely tuned and complex organ, they also succeeded in demonstrating an artistic analogy to the meticulous design and mechanics of the Lexus NX. 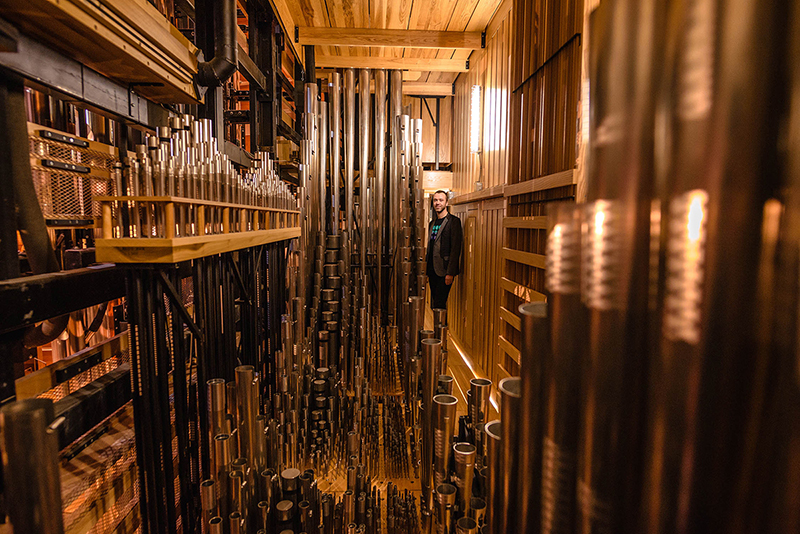 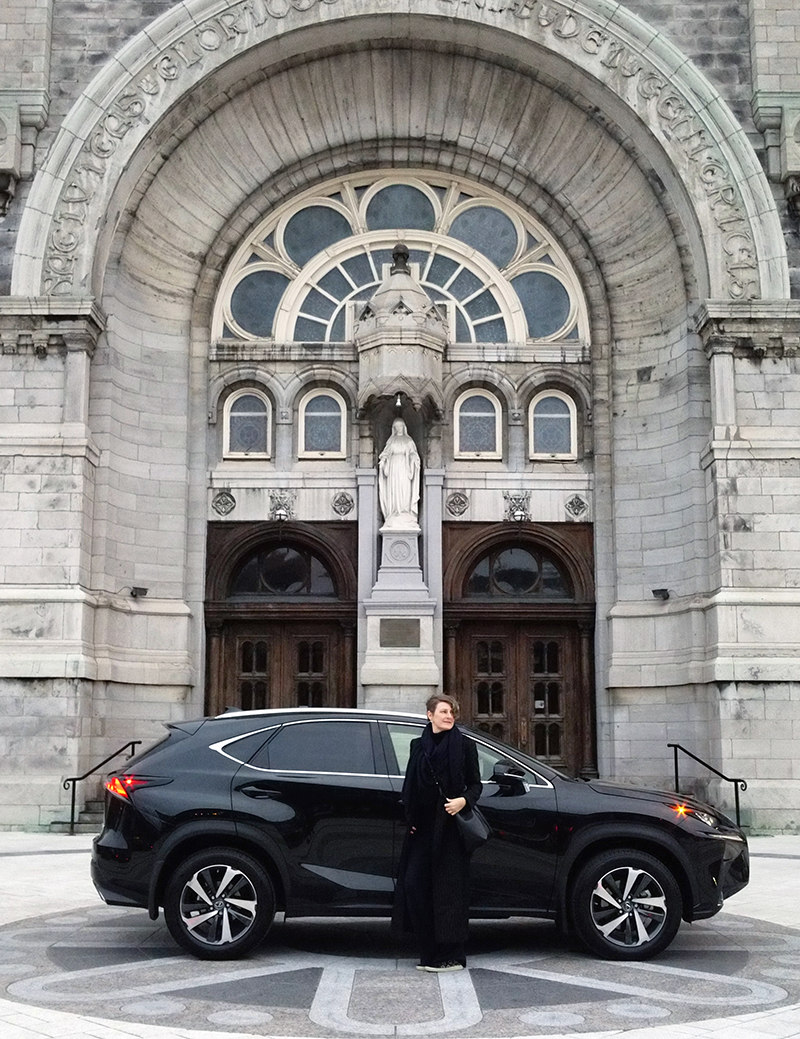 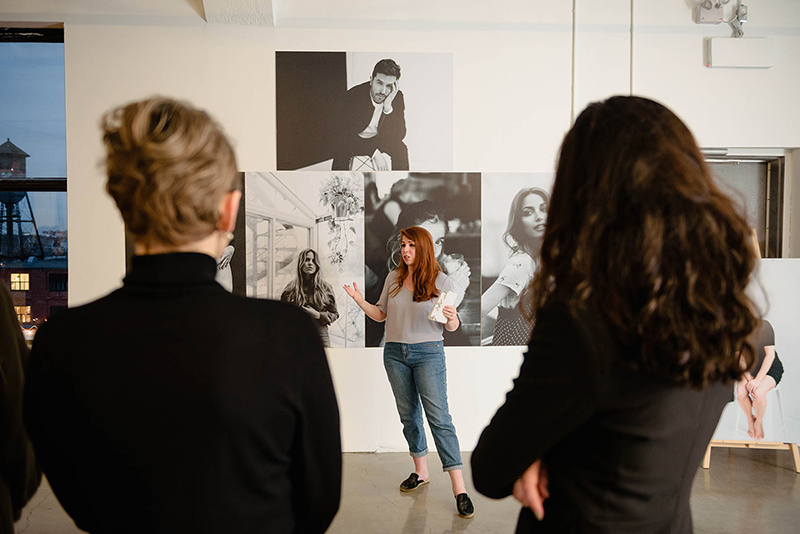 After our private concert, we were whisked away in our Lexus to a portrait session with one of Montreal’s most sought-after photographers, Marie-Ève Lévesque. Illustrating the fourth value of Lexus, Imaginative Technology, Marie-Ève creates great portraits by mastering not only the latest in lighting and camera technology, but by also using her sensitivity and imagination to capture the true essence of her subjects. Technology is one thing, but it’s how one employs it that produces amazing results. 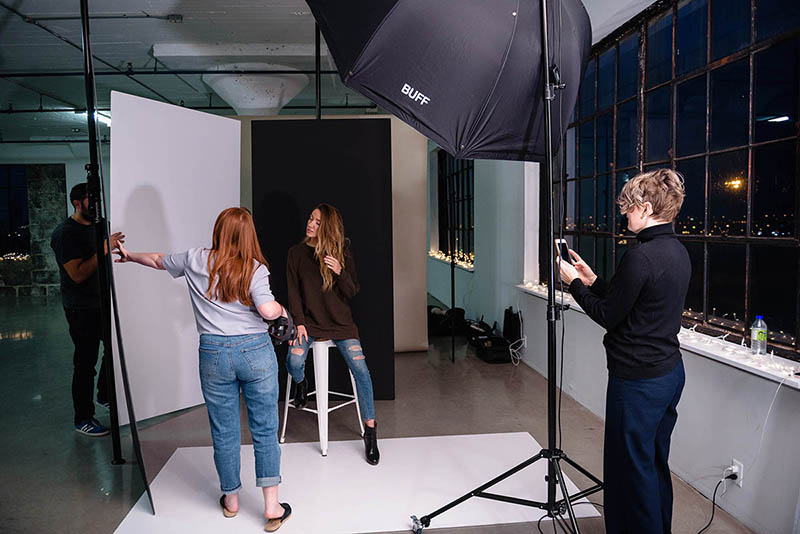 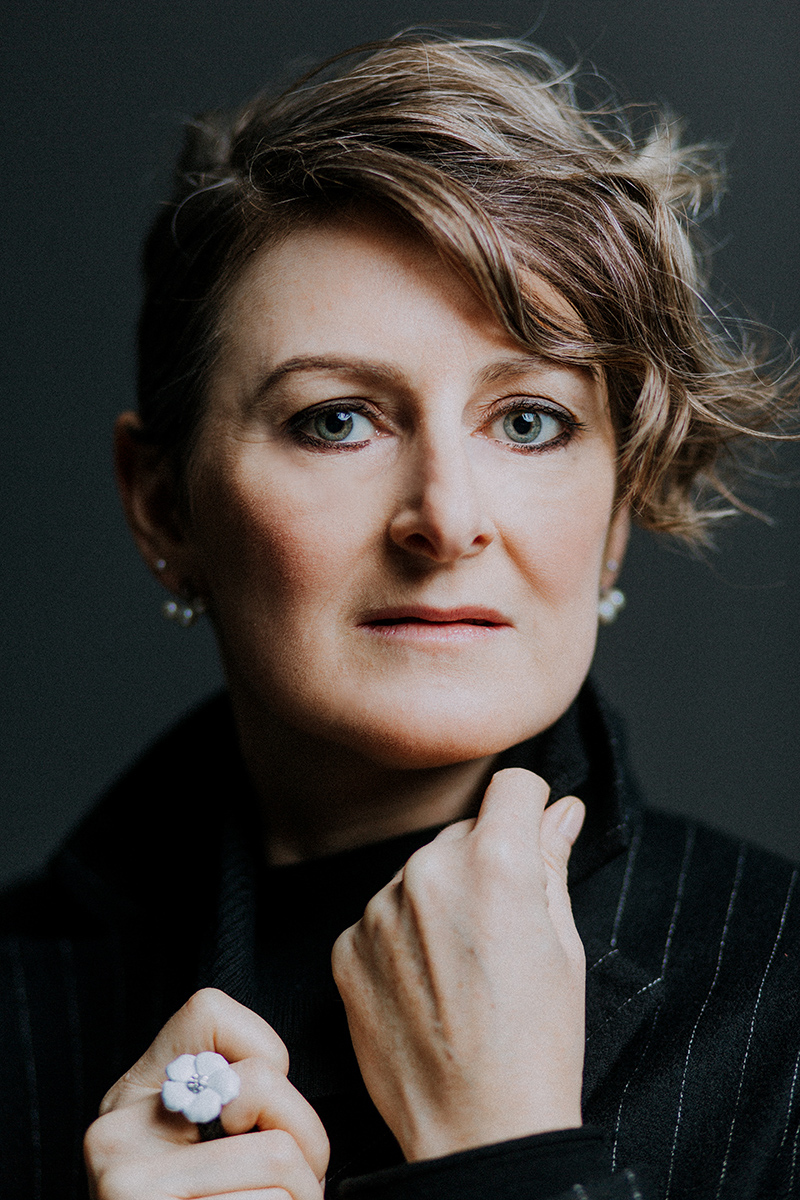 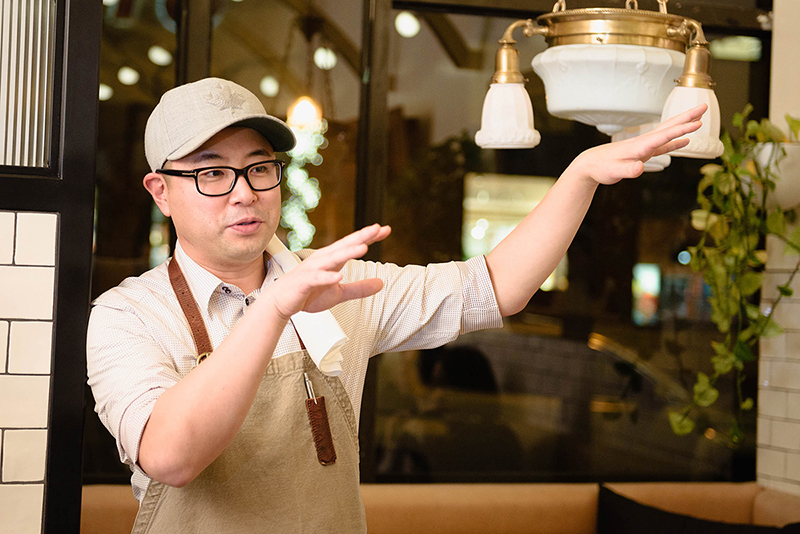 If you’re from Montreal, of course you’ve heard of Antonio Park. Owner of restaurant Park, Lavanderia and now Café Bazin, he is of Korean parentage, was raised in Argentina and has worked in New York and Japan. He makes amazing sushi, ferments kimchi and loves asado – all of these ingredients add up to him creating bold dishes that have Montrealers, tourists and celebrities alike raving. This was the final value of Lexus that we learned on our amazing adventure, Brave Design. Antonio is constantly finding creative ways to express himself through food, and that is what Lexus wanted to show us by comparing Antonio’s inventive cuisine to the creative and ever-evolving design ideas that go into any Lexus. We enjoyed an epic five-course menu that Antonio crafted exclusively for the evening. 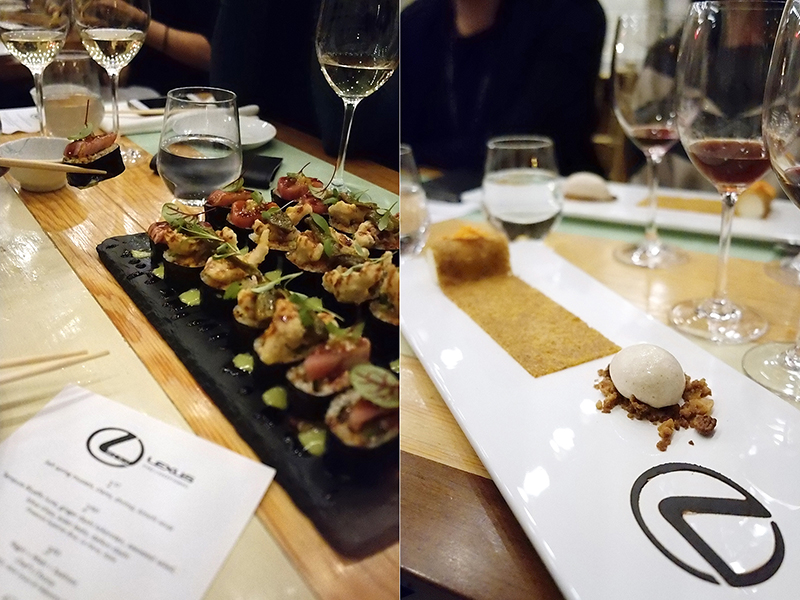 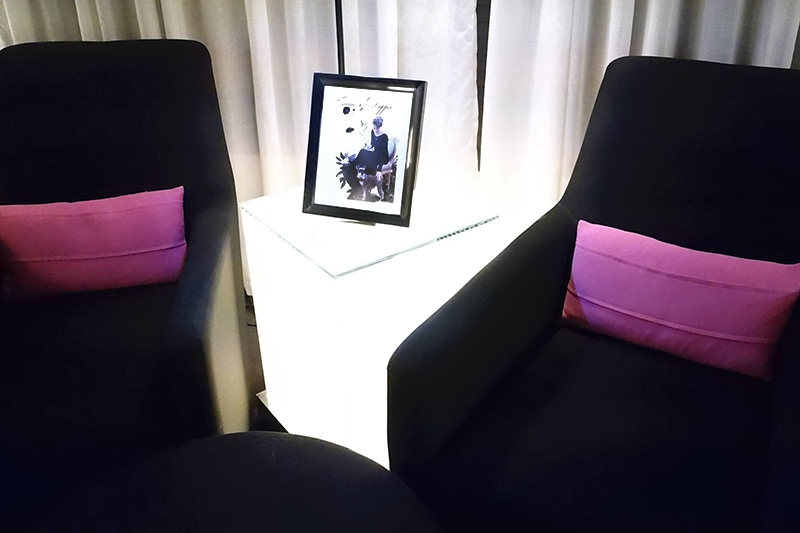 After dinner, we were chauffeured by Lexus valets back to Le Germain for the night. Since the hotel is pet-friendly, I picked up my dog, Dapper. When we arrived in our room, the Germain team had left a framed portrait of Dapper and me with a note saying they know how much we mean to each other. Dapper also had his own VIP treatment, with a bed, mini-robe, dog bowls and treats. We both enjoyed the extra care put into our stay, which was a true representation of the Lexus principle of Omotenashi. 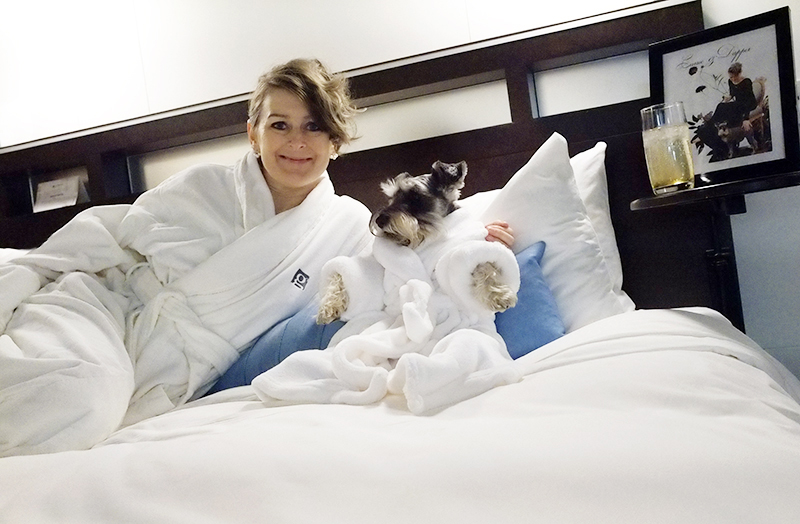 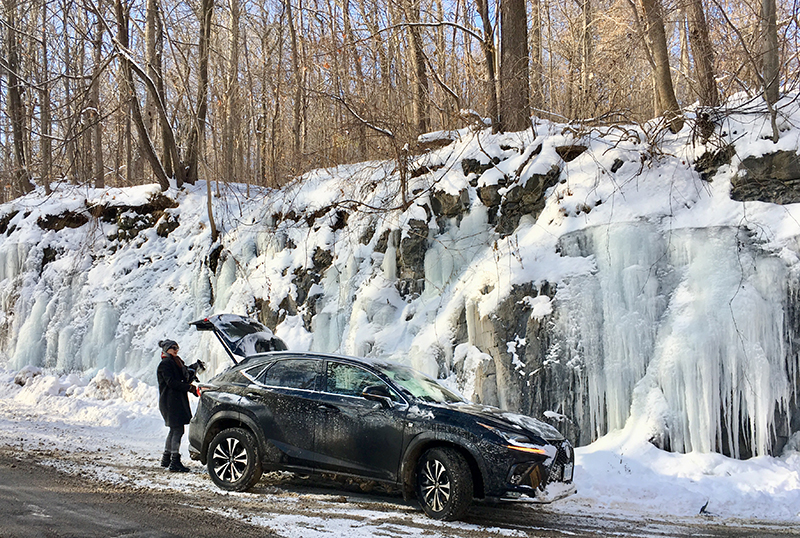 Test Drive – Getting to know the 2018 Lexus NX
A couple of weeks later, I picked up a freshly-detailed Lexus and quickly connected it to my phone. I was excited to be back behind the wheel of this stylish SUV. Winter had arrived early, so I was very happy to turn on the heated seat and steering wheel. What I loved most about my weeklong experience with the Lexus NX, was how it masters a Canadian winter. I was worried the first time I had to take it out after a heavy snowstorm, because I didn’t find a shovel in the trunk. Although the vehicle was snowed in, when I put it in Sport drive mode, it exited the snowbank without effort in about two seconds. I was never late for an appointment that week! 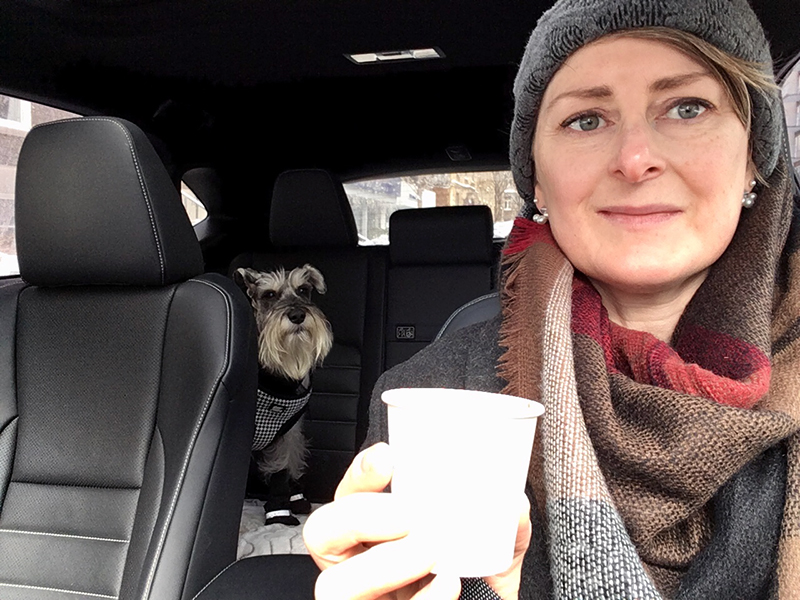 (Grabbing coffee at Shaughnessy Café with my backseat driver.) 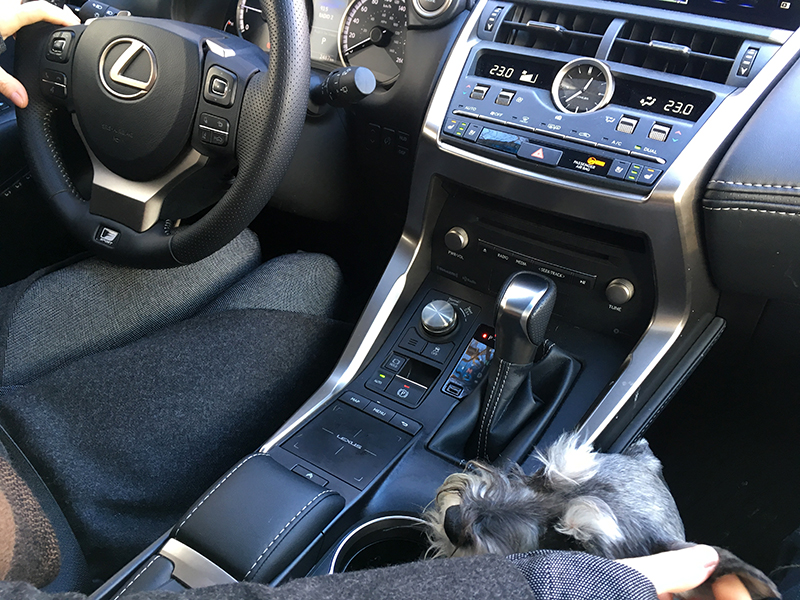 I also loved all the latest technology – the back-up camera and panoramic view monitor allow you to safely see all angles. The Touch Pad (shown here) and Wireless smartphone charger are also cool features. The driver seat position memory can be set to three different positions for different drivers who share the vehicle. Another feature I really liked was the Heads-Up Display on the lower part of the windshield, which kept my eyes on the road while keeping track of my speed. This came in handy when I drove to the airport to pick up my boyfriend.

The Lexus NX turned out to be a new favourite way to explore Montreal, and after a week of adventures, it was hard to hand over the keys. 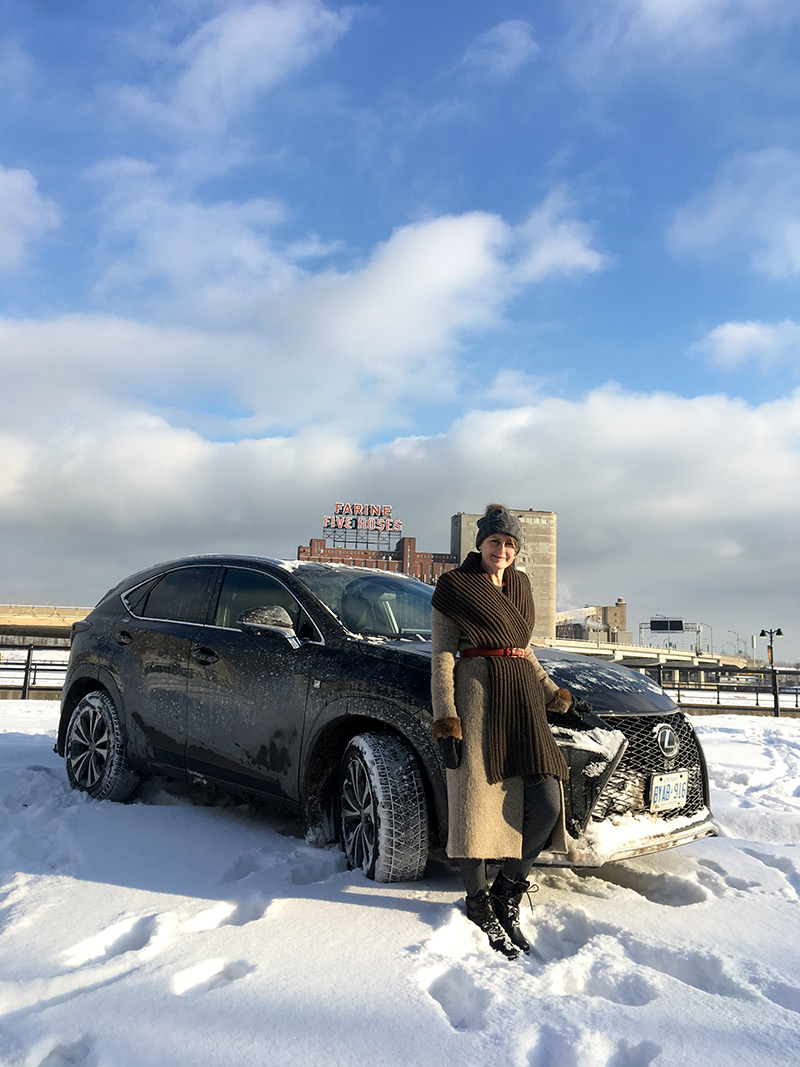 This article is sponsored by Lexus Canada, opinions are my own.