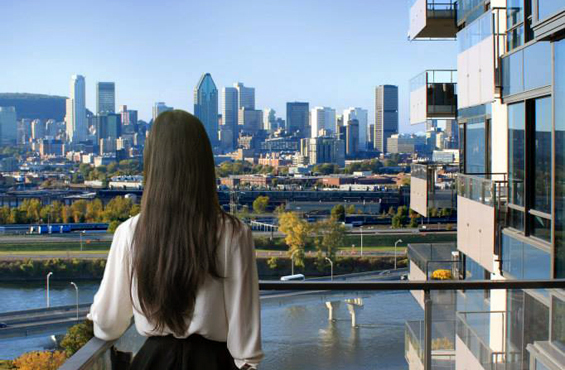 I always thought that Île-des-Soeurs was synonym for Island of Seclusion, as in an overly sheltered and suburban place. That presumption was turned on its head when I visited Pointe Nord, the new ecological neighbourhood located on the Montreal-facing side of Nuns’ Island. Not only did it take me a mere 8 minutes to drive from my place in Old Montreal to Pointe Nord, but I was quickly charmed by its green concept and happy to find the mirror image of some of my favourite Montreal haunts. Evolo S, the newest building to be added to Pointe Nord, officially launches this week and I have a hunch that many discerning zurbaines would love to live here!

Get to know the neighbourhood

Technically, the Pointe Nord neighbourhood is on Nuns’ Island, yet it doesn’t seem like it is. Instead of seeming stuffy, quiet and fit for the elderly, this part of the island has a vibrancy and cosmopolitan feel to it. I had lunch at Mamie Clafoutis, the same great bakery that first opened in Outremont and now boasts 4 locations. Surrounded by young urban professionals and mothers with toddlers, I marvelled at the fact the place was just as bustling as their Montreal-island counterparts. 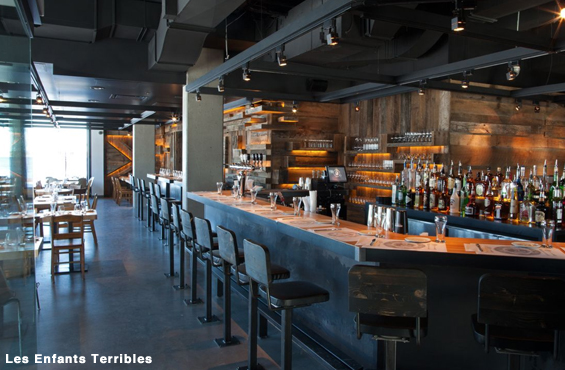 Ilan Gewurz, one of the key people behind Pointe Nord, hand-picks the businesses that set up shop in the neighbourhood and has a strict no-big-name-chain policy. Next to Mamie is the local pizzeria, Chez Carl, which is the 2nd location on the Island. On the other side of Mamie, you’ll find a mini-RBC bank. Across the way is Les Enfants terribles, also a favourite of mine, and another import from Outremont. If I were Outremont’s Enfant Terrible, I’d be jealous of the Pointe Nord restaurant’s spacious terrace. It has a view of the Saint Lawrence and is next to the public plaza, where clients and residents enjoy live outdoor entertainment throughout the warmer months. This central artery is a two-minute walk from the river where a bike path runs through the neighbourhood’s three riverfront parks which include a picturesque forest along the river. Ilan said it takes him merely 15-20 minutes to bike to Atwater Market from here. Don’t own a bike? There’s even a Bixi stand in front of Chez Carl and Mamie Clafoutis. 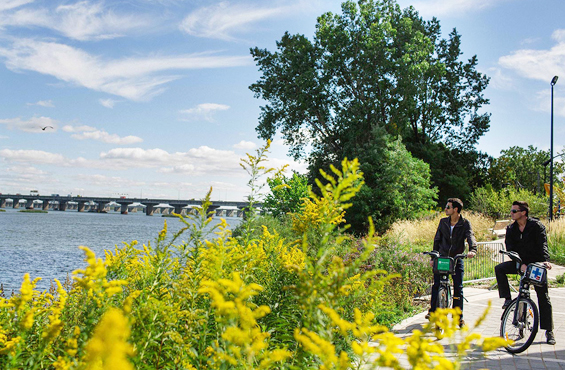 As for the condo life, I visited Evolo 2 (the second of two towers in Pointe Nord) and was wowed by the views. It really doesn’t matter which direction the condo is facing, the views are spectacular. From the corner penthouse, I felt like a queen, looking out at my kingdom (I could practically see my place in Old Montreal)! Evolo 2 is already 90% occupied, but Evolo S will have even better views as it will be the closest to downtown Montreal. Nestled between two parks, it will also offer everything an urban woman could ask for: a resident-only Scandinavian-type spa, latest-technology gym, outdoor pool and underground parking. 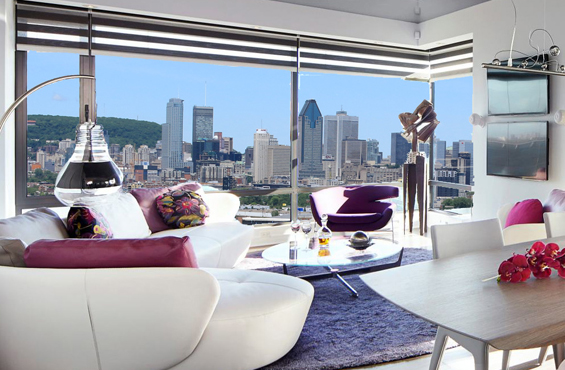 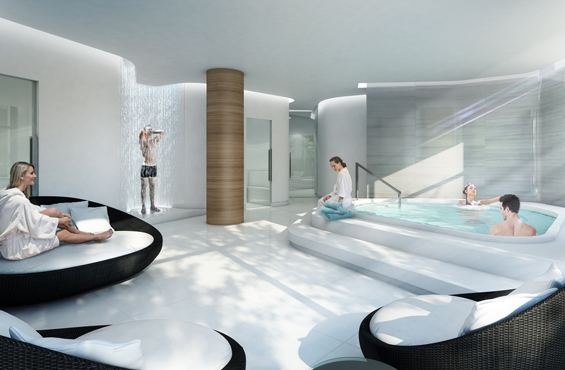 The Pointe Nord neighbourhood is  LEED Gold certified (the only one in Quebec and one of the few in Canada), meaning you’ll be living a greener lifestyle and who wouldn’t want that? A few of the practices implemented are: energy-efficient buildings, rain water recuperation and green roofs. 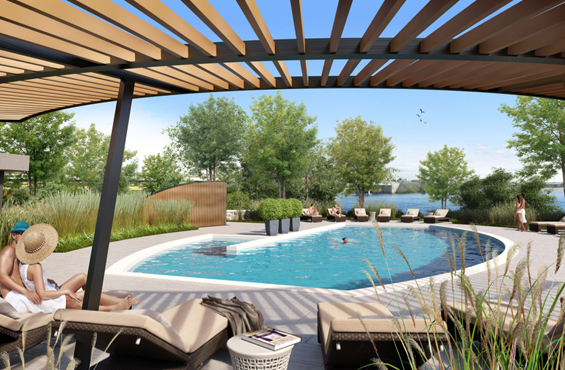 Weighing in on the pros

I compared condo prices in Griffintown to those at Pointe Nord, and for the same price, you get more space, underground parking and taxes included at Pointe Nord. The other advantage is that the entire Pointe Nord neighbourhood has been planned by one developer with great care, which means for someone interested in buying a condo, they know for sure that their view will be preserved and not suddenly obliterated by another developer’s project. They also know what their neighbourhood will look like, because it’s all been thoroughly thought out. 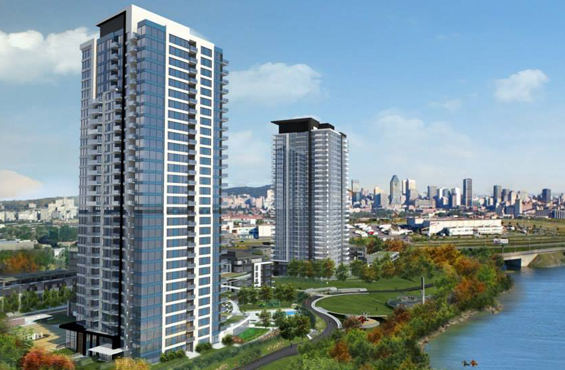 I noticed on my second visit that not only is Pointe Nord kid-friendly (there’s a large playground near the plaza), but there were also a lot of well-behaved dogs happily walking around with their masters.

Personally, I love that it seems you are surrounded by water everywhere you turn. There’s even a kayak-rental under the belvedere which allows you to get out on the Saint Lawrence and just soak up the view.

As I walked around the belvedere, which incorporates stones unearthed on the island from the original Grey Nuns’ farm buildings, I thought to myself, what’s not to like about this place?

Book your visit soon, or just go and hang out for awhile, you’ll see what I mean! 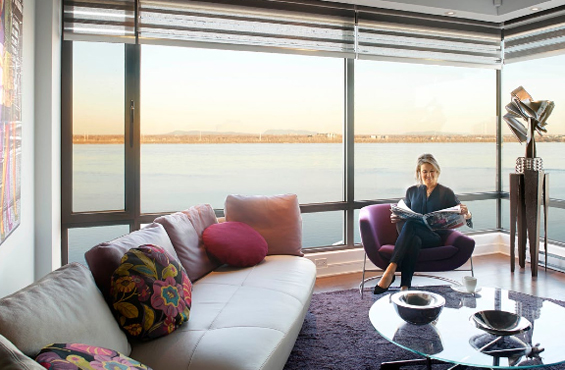